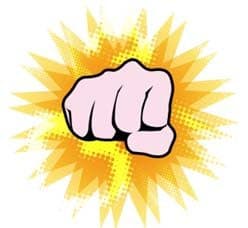 WSJ: – Fashionable ‘risk parity’ funds hit hard. – Investors who piled into “risk parity” funds, which follow a popular strategy that promises to make money in most environments, are being hit hard by the current market turmoil.

Reuters: – Don’t fear a Puerto Rico downgrade, investor says. – HJ Sims’ Richard Larkin says that, even if Puerto Rico misses this weekend’s budget deadline and is downgraded by the rating agencies, he would still own its non-investment grade municipal bonds.

Muninet Guide: – Where does the municipal bond market go from here. – After the wrenching correction of the last two weeks, both the equities and fixed-income markets have earned themselves a well-deserved respite. Not surprisingly, investors and the financial media are now starting to re-focus on the dramatic interest rate spike and its potentially dampening effect on the economy.

Learn Bonds: – Who got hurt the most by the rise in yields? – Over the last month, the yield on 10 year US Treasury has risen from 2.02% to 2.53%, or roughly 25%. The rise in rates has not been triggered by any particular incident, but a general sense that the U.S. Federal Reserve will need to start cutting back on its easy money policy during the next 6 to 18 months. When rates rise, bond prices fall. However, not all bond prices were equally impacted by a rise in Treasury Yields.

FT: – Investors pull $8.6bn from U.S. bond funds. – Bruised by the first widespread losses for bondholders, investors pulled $8.6bn from US bond funds in the last week, contributing to the worst four-week streak since the depths of the financial crisis.

Yahoo Finance: – How to avoid getting burned by bonds. – In financial circles, it is well established that there is really only one reason why investors would chose to put their money in U.S. Treasury bonds: Safety. You put your cash in and you’re guaranteed by the full faith and credit of the U.S. government to get it all back. That’s assuming you plan to hold your bonds until maturity, be that for three months or 30 years.

WSJ: – Reeling bond-fund managers play offense. – Bond-fund managers have reached a moment of reckoning. Investors skittish about rising interest rates are yanking their money out of the funds, forcing managers to go to unusual lengths to reassure them.

ETF Trends: – Muni Bond ETFs on the mend despite renewed tax worries. – The discounts to NAV seen in muni bond ETFs last week have pretty much gone away as the market stabilizes.

MarketWatch: – Why ‘average’ returns aren’t good enough. – It has been a tumultuous couple of weeks in the stock and bond markets. But nonetheless, Wall Street wants me to relax. Feel good. Look on the bright side. Stop worrying.

FT: – Bond investors face worst quarter since 1994. – U.S. fixed income investors are set for the worst quarterly performance since the great bear market of 1994 with the Federal Reserve looking to step back from its open ended support of asset prices.

Citywire: – High yield: how much longer in the sweet spot? – The high yield sector left other fixed interest assets and most equities trailing in its wake after delivering double-digit returns last year – so what does the future hold?

Yahoo Finance: – As stocks, bonds and gold fall, where’s the cash going? – Bonds have tumbled in value, from Treasuries to corporate debt to municipals, as the focus on a possible end to the Federal Reserve’s asset-buying prompted heavy withdrawals from fixed-income funds. But where is all the money going?

FT: – Central banks sell record sums of U.S. debt. – Central banks sold a record amount of US Treasury debt last week while bond funds suffered the biggest ever investor withdrawals as markets shuddered at the prospect of the US Federal Reserve ending its quantitative easing programme.

Bloomberg: – Bonds tied to mortgages poised for the biggest losses since 1994. – Government-backed U.S. mortgage bonds declined after a two-day rally, extending quarterly losses that are on track to be the worst in almost two decades.

ETF Trends: – Muni Bond ETFs: Defogging lenses required. – The various “cliffs” that we, and virtually the entire business community, have discussed and feared since last November, seem to have appeared suddenly and viciously, sending markets careening toward the fog of uncertainty.

RBC: Muni Fund Flows Still Not Close to the 2010 Experience Yet #muniland [Whitney continues to hold record for forcing outflows]