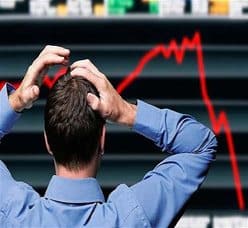 Business Insider: – BOFA: ‘Risk of a bond crash is high’. – Bonds have been tumbling for most of the month, and most analysts warn that it could get even uglier.

MarketWatch: – No such thing as risk-free investment. –  Chuck Jaffe says “There’s no such thing as a “risk-free return,” and that it’s not some “right now” problem based on the level of the market or the lousy returns of bonds, but that it’s about how risk works”.

WSJ: – Bond investors break pattern, dump ‘junk’. – A selloff in junk bonds is fueling fears among some investors that the best days of the bond boom may be in the past.

Learn Bonds: – Why is SavingsBonds.com selling CDs? – With saving bonds rates so low compared to a very similar much higher yielding alternative (CDs), its hard to get people excited about investing in them. As a result SavingsBonds.com has turned to a higher rate product to engage the interest of their audience. However, I would like to suggest two ideas to SavingBonds.com to re-engerize interest in investing in Saving Bonds.

FT: – U.S. bond investors wake up to QE withdrawal. – Sovereign bond investors usually enjoy hearing the springtime adage: “sell in May and go away”, as any swoon in equity prices boosts the appeal of owning US Treasury debt.

CNBC: – Goldman: This US Treasury sell-off is for real. – With yields on government bonds jumping in the past week, Goldman Sachs has warned that a widely predicted bond sell-off is finally happening, while a major U.S. asset manager has warned investors to move out of long-duration bonds to avoid heavy losses.

WSJ: – Swoon in bonds puts eye on Fed. – The bond market’s month long plunge has pushed long-term interest rates on mortgages and US Treasurys to their highest levels in more than a year, sparking a debate: Is this a bursting bubble, the aftereffect of clumsy Federal Reserve communication or a welcome sign the US economy is, at last, on the mend.

Bloomberg: – State debt growth slowest in decades as slump woes linger. – State governments in the U.S. added to their collective debt burden in 2012 at the slowest pace in at least two decades, even with interest rates near historic lows, showing many were still coping with fiscal fallout from the recession that ended almost four years ago.

Business Insider: – Why stock and bond markets are so confusing right now. – Historically, when 10-year bond yields fall below 3% for an extended period of time, stocks and bond yields tend to go in opposite directions (meaning stocks and bonds rise in tandem). That’s more or less been the status quo during the past few years of sub-3% 10-year yields. The problem is that these transitions from one market phase to the next “can be very confusing,” as Morgan Stanley puts it – after all, when correlations flip from negative to positive, they inevitably pass through a range characterized by little or no correlation.

Forbes: – Bonds look like sure losers with rates this low. – So long as you avoid getting killed by a paradigm-shift, and don’t grossly overpay, you’ll be all right as an investor if you’re patient. Overpaying for an asset, even a quality one, is an entirely different situation and can result in a very long wait indeed before you’re OK.

ETF Trends: – These high-yield bond ETFs protect against rising rates. – Rock-bottom Treasury yields and short-term interest rates have forced income investors to take on more risk in search of yield. Junk bond ETFs have been a recipient of a decent chunk of this cash. However, bond investors are worried about the damage that higher interest rates could inflict on their funds. Bonds yields and prices move in opposite directions.

ETF Trends: – Muni bond ETFs face rising rate headwinds. – Muni bonds survived the fiscal cliff issue and in 2012, were a $3.7 trillion market, with $51 billion in new deposits, the most since 2009. However, rising interest rates could be the latest threat to the asset class.

IFR: – Reality bites dollar bond markets. – US dollar bond markets have fallen from their euphoric heights, as a violent spike in Treasury yields gave participants a dose of what to expect when the Fed tapers off its quantitative easing.

Reuters: – Rhode Island town says near bankrupt pension plan not its problem. – Officials of the Rhode Island town of Coventry are taking a novel approach to public pensions: In the case of one of their local retirement funds, they say it is not their problem if it runs out of money.

Cate Long: – America is not growing, it’s contracting. – In Q1 2013 the U.S. Treasury issued two and a half times more debt, which flows into the economy as cash stimulus through government spending, than the U.S. had in overall economic growth. To put that in reverse: If the Treasury had not issued that debt, the economy would have shrunk by approximately $199 billion. Instead it grew by 2.4 percent.

Larry Trefz: – The ‘Great Rotation’ may be very different than many think. – There has been a lot of speculation in regards to a “great rotation” from bonds to stocks because bond yields and bond prices move inversely to each other. The problem as I see it with this theory, is that stocks have been pushed up to all-time high levels over the last few years largely in reaction to the Fed sucking up the lion’s share of bonds and keeping rates unattractively low. It is likely in my view, that the taper of Fed asset buying could create a relative lack of demand in stocks as opposed to the standard “great rotation” theory.

Matt Tucker: – A reason to keep Treasuries in your portfolio. – Treasuries provide a diversifying exposure to a portfolio and, while they do add some yield, they’re actually included primarily to reduce price risk and bring relative stability to the fund’s performance through varying market environments.

Reuters: – Moody’s warns Illinois rating could fall without pension reform. – Illinois’ credit rating with Moody’s Investors Service, already the lowest of any state, could fall if there is no legislative fix to address the state’s huge public pension problem, an analyst at the credit rating agency said on Friday.

Keubiko: – Game over for high yield debt. – Over the past few months, there are cracks developing that could indicate the high yield debt market could be in for a rude awaking along with gold investors.

US Treaaury yields rise to 2.14 pct

People now holding USTs are much more sensitive to economic data. This is a new thing.