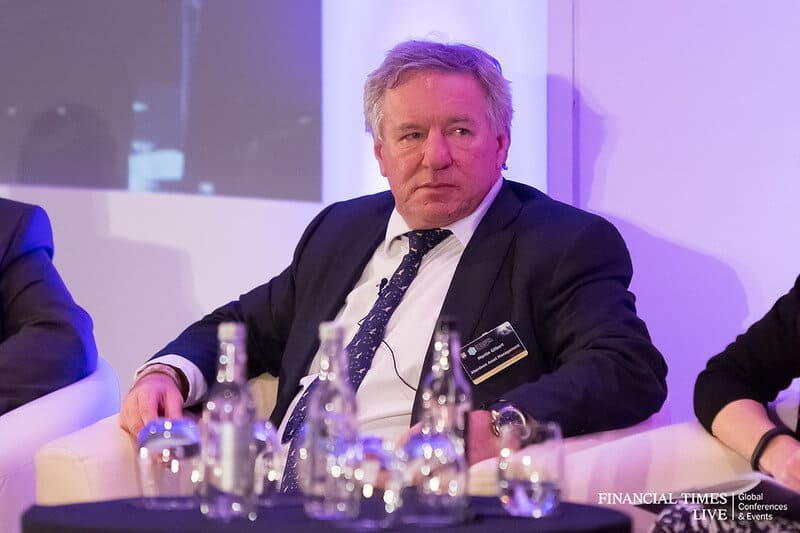 Revolut has appointed City grandee Martin Gilbert as chairman, as the digital bank bids to control its corporate governance and battles accusations of a toxic company culture, amid rapid growth.

The London-based fintech said Gilbert will take up the post of non-executive chairman on 1 January next year.

The move comes after the app-only bank launched in Australia and Singapore, and signed new global deals with Visa and Mastercard to support its expansion, in recent months. It is due to launch in the US by the end of the year.

Revolut has amassed more than eight million customers since it was established in 2015, but has faced questions this year from regulators over money-laundering controls, and taken potshots from former employees about a noxious work atmosphere as it drives to sign up new customers.

A study of the start and end dates of 147 former Revolut employees on LinkedIn found over 80 per cent had lasted less than a year, and over half stayed at the company for less than six months, according to a feature in tech magazine Wired in February.

Revolut’s rivals include against UK-based digital banks such as Monzo and Starling Bank, as well as German app-only bank N26.

Gilbert, a co-chief executive of investment firm Standard Life Aberdeen and co-founder of money manager Aberdeen Asset Management, will bring more than four decades of experience as a senior executive to the role.

The City has thought that Gilbert would take up a leadership role at Revolut since July. The new bank admitted that Gilbert has already been working closely with chief executive and co-founder Nik Storonsky as an advisor.

Storonsky said: “As we prepare to scale the business globally it’s crucial our senior team has a blend of forward-thinking creativity and experience. Martin is a respected veteran of the financial world, and brings unparalleled experience to Revolut. His knowledge will prove invaluable as we continue our mission to become the world’s first truly global bank.”

Gilbert added: “Revolut is a unique proposition in the digital banking world, and I’m pleased to be joining the Board at such an important stage in its development.”

The challenger bank, founded by former Credit Suisse trader Storonsky and former Deutsche Bank systems engineer Vlad Yatsenko, has tried to beef up its governance by bringing a number of senior hires.

Gilbert, who was born in Malaysia, earned an MA in accountancy and a law degree from the University of Aberdeen. After qualifying as a chartered accountant with Deloitte, he joined the investment department of Aberdeen-based law firm Brander & Cruikshank, which went on to become Aberdeen Asset Management in 1983 after a management buyout.

Revolut has raised around $340m in funding, from notable venture capital firms such as Index Ventures, Ribbit Capital, and Balderton Capital since it was launched four years ago.