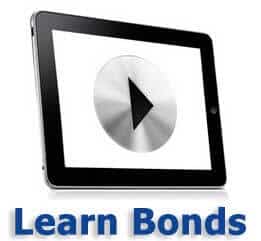 Revenue Bonds are municipal bonds which are issued to fund a specific revenue generating project.  In contrast to general obligation bonds which are backed by a taxing power, investors in revenue bonds are paid from the revenues generated from the projects they are issued to fund. A wide variety of public projects are funded using revenue bonds, ranging from toll roads and bridges, to water and sewage plants, to hospitals and public universities. Should you invest in these bonds? Well, unlike general obligation bonds which can be repaid through a variety of tax sources, revenue bond investors can only rely on the project’s income so it is a much more risky investment. However, this is compensated by having higher interest rates.

Here is a video overview of revenue bonds, the text for which you can find below the video.

If the project that a revenue bond is issued to fund cannot afford to pay bondholders, then the government to which the municipal bonds are tied does not have the obligation to pay the debt.  It is for  this reason revenue bonds as a category are considered riskier than general obligation bonds.  While this can be looked at as a negative, revenue bonds also pay a higher rate of return on average, so this can be a positive as well.

1. What are the historical (if any) and expected revenues generated by the project that revenue bonds are being issued to fund, and how do these compare to the money needed to pay bondholders?  When evaluating this factor investors will look at something which is known as the “debt coverage ratio”.

What Types of Revenue Bonds Should You Avoid?

This lesson is part of our Free Guide to the Basics of Investing in Municipal Bonds. Continue to the next lesson here.