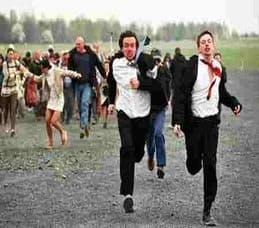 Bloomberg: – BlackRock Junk-Bond ETF suffers record withdrawal as rally fades. – The five largest junk-bond ETFs, which allow investors to speculate on the securities without actually owning them, have lost $1.97 billion of assets since Sept. 20 as investors wager that a four-year rally in the debt is running out of steam. High-yield bonds in the U.S. are losing 0.14 percent this month after posting 12.9 percent returns this year through October, according to Bank of America Merrill Lynch index data.

CNBC: – Investors rush into munis to escape ‘Fiscal Cliff’. – Investors are barreling into municipal bonds, driving yields to record lows and hoping for a safe hiding place at a time when taxes are almost certain to rise.

BondSquawk: HP bonds look good – In particular, management’s goal of improving the company’s credit profile via debt reduction should be a strong positive for bond holders.

Index Universe:  How to avoid getting hosed on bond ETFs which trade at a premium or discount to NAV –  Look at the premium/discount pattern for a fund before you buy it, and avoid buying at above-normal premiums. Similarly, unless you have some reason to believe your position is tanking and you simply have to be out now, wait for discounts to resolve before you press the “Eject” button on your position.

Bloomberg: – Fed says additional QE may be needed next year. – A number of Federal Reserve officials said the central bank may need to expand its monthly purchases of bonds next year after the expiration of Operation Twist, according to minutes of their last meeting.

Bloomberg: – Harrisburg ex-receiver calls for ban on muni-swap deals. – Pennsylvania should ban the use of interest-rate swaps by municipalities and raise the bar for issuing debt to avoid the type of fiscal calamity that besets Harrisburg, the city’s former receiver told state lawmakers.

Insurance journal: – Sandy to have limited impact on catastrophe bond market. – Superstorm Sandy’s impact the catastrophe bond market is likely to be muted based on current estimates. The scope and scale of the storm makes it unlikely that any bonds will be triggered solely by Sandy; however if losses mount and early estimates prove wrong, some bonds could be at risk.

Cate Long: – Mapping the saga of San Bernardino. – San Bernardino is a broken city, whose finances have been mismanaged for years; they cannot exit bankruptcy without a plan to become solvent again. High salaries and overtime expenses for police and firefighters have to be addressed one way or another.

WSJ: – Post-storm push for muni bonds. – States and cities battered by superstorm Sandy are pushing Congress to allow private companies and nonprofit groups to borrow as much as $20 billion in the tax-exempt municipal-bond market, in a bid to spur the region’s recovery efforts.

Yahoo Finance: – Why muni bonds are suddenly so popular right now. – Investors are barreling into municipal bonds, driving yields to record lows and hoping for a safe hiding place at a time when taxes are almost certain to rise.

Barron’s: – New rules could mean fresh push for treasury-only money funds. – The money-fund overhaul that’s making news again this week would give the mutual-fund industry an incentive to push Treasury-only funds at the expense of prime money funds.

Bloomberg: – Coffin-maker collapse shows unrated bonds riskiest. – A coffin maker in West Virginia and a Colorado massage school have something in common: They were financed by unrated U.S. municipal debt that defaulted and lost investors money.

Message to @NYGovCuomo … The Federal Reserve wants to keep buying assets. Convince Congress to get behind infrastructure bonds.