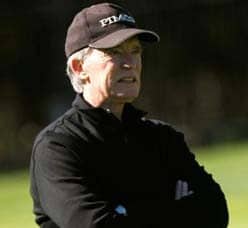 PIMCO’s troubles continue to make news as the bond giants much publicised struggles have hit the earnings of parent Allianz.

The German Insurance giant said operating profit in its asset management arm fell 28% to €646m in the first three months of the year, with the hit being blamed on €22bn of outflows from PIMCO’s fixed income business.

The performance has weighed on the insurer’s bottom line, with net income falling 3.9 per cent to €1.6bn, in line with preliminary figures from Allianz released last week.

The news is sure to put pressure on Allianz executives, who came in for criticism at last weeks annual general meeting for the way they have handled the crisis since the California-based fund manager’s chief executive officer, Mohamed El-Erian, quit in January.

Shareholders said Allianz could have done more to ensure calm at its subsidiary, while some questioned the wisdom of continuing to own the fixed-income specialist in an environment of rising interest rates.

Allianz executives fought back, saying their hands-off approach with PIMCO still makes sense, and described the subsidiary’s performance in the first quarter as “solid”. Net outflows at the fixed-income specialist were lower than in the fourth quarter, when investors pulled €36bn out of the funds.

“I think we are not concerned about the outflows of Pimco, because Pimco is doing a fantastic job for its customers. You cannot value a long-term asset manager by short-term performance,” Allianz CFO Dieter Wemmer told CNBC.

Wemmer went on to say that the media had exaggerated the difficulties at PIMCO. “The press makes it much bigger than it really is,” he said. “Internally we have moved on and I think the new management team has established itself and is really doing a good job.”

However, he called on PIMCO’s new management team to reverse investor flight. “Pimco certainly has to prove that it stops at some point,” he said in a conference call with analysts. “After bringing it (the outflow) to zero, the next step is bringing it to a positive number,” he added.

LearnBonds: – Is there value in municipal closed end funds? – Though investors considering municipals may be content with yields on individual issues, the closed-end market currently offers elevated yields of as much as 7% in funds utilizing leverage and trading at a discount to net asset value. In a recent search I conducted on CEFconnect.com, I found 200 municipal closed end funds available for purchase.

The Republic: – Firm that did state-commissioned report on 38 Studios bond default to go before House panel. – Providence, Rhode Island — An outside firm that predicts Rhode Island’s bonds will sink to junk status if the state defaults on the 38 Studios debt is going before a legislative panel.

Bloomberg: – Boca Raton seniors to frolic in house that yield built. – Alan Krutt bought tax-free bonds last month that were sold to build a retirement community in Boca Raton, Florida. Then he made an even bigger investment: He purchased a unit there.

Income Investing: – Munis likely to underperform for rest of 2014 – Citi. – If you’ve made some money on munis so far this year, congratulations, but it’s time to start thinking about taking some of that money off the table. That’s the verdict of Citi‘s muni team of Mikhail Foux, Vikram Rai and George Friedlander, who use the common muni-market gauge of muni-to-Treasury yield ratios to say that munis look rich versus their long-term fair value and will get hurt if rates start to rise.

Market Realist: – Must-know: Why the taper caused yields to increase. – Much of the current theoretical base of finance assumes that investor expectations are comparable. In other words, all the investors expect a similar outcome.

David Cretcher: – The case for owning Treasuries. – Treasury bonds are on the top of many investors list of worst future investments. With the Fed slowing their purchases of the securities, the logic says that interest rates must move higher. But for contrarian investors, the data shows a different scenario and a possible profit opportunity.

Morningstar: – Apple bonds yield more than Spanish debt. – When Apple issued a bond in Spring last year, it was the biggest bond issue of all time and yielded 2.4%, it is now 3.5%. In the same period Spanish government bonds have gone from paying 4% at to and now yielding less than Apple.

Treasury Today: – Big issues: corporate bond market expansion. – New research suggests that not only has the size of corporate bond markets increased almost threefold since 2000, but also that the secondary market is undergoing a transformation. What is the impact of this on corporate issuers?

Morningstar: – High yield is at ‘cycle peak’. – High yield credit is a cyclical asset class, but there is always a need for a healthy allocation to higher yielding assets to deliver the income required for investors.

Money Observer: – Investec: Get out of high-yield bonds while you can. – High-yield corporate bonds are at risk of an ‘aggressive’ de-rating due to shrinking market liquidity, claims John Stopford, co-head of multi asset at Investec.

BlackRock: – Great rotation? No, the reverse. – According to many market watchers, 2014 was supposed to be the year of the so-called Great Rotation out of bonds and into stocks. However, as Russ writes, we’re actually seeing the reverse happen lately, though the case for stocks is still quite strong.

Another dose of “lower for longer” message from central banks has pushed 10yr yield to 2.55% new low for 2014.

PIMCO Europe: “Animal sprits are higher in the US….Europe is 12 months to 18 months behind the U.S. in ratcheting up credit risk” — David Schawel (@DavidSchawel) May 14, 2014

I still find it very odd that 10 year Portugal bonds at 3.5% and global investors not buying Puerto Rico at +7.5%. What gives #muniland?