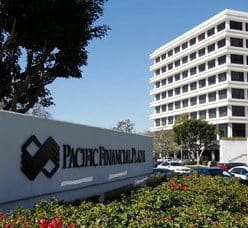 PIMCO, which popularized the term “new normal” to describe an era of below-average economic growth following the financial crisis, says that period is gradually entering a new phase. Which it has termed the “new neutral”.

What is the new neutral? Global economic growth will be converging toward lower, yet more stable top speeds and central bank interest rates will remain stuck below their pre-crisis equilibrium. PIMCO said in a report released this morning, which outlines the expectations for the next three to five years.

PIMCO’s thesis maintains the expectations for subpar returns outlined in the “new normal,” although the outlook is more stable compared with what PIMCO forecast five years ago. Gross said the “new neutral” focuses more on the outlook for low benchmark interest rates.

“We’re the owner of new normal; we’re not giving it up,” Gross said today in a telephone interview. “The new normal lives, so to speak.”

The market is anticipating a three percent to four percent Fed funds rate in the next three or four years, but PIMCO thinks it will be closer to 2 percent nominally, or zero percent after adjusting for inflation.

“That implies that financial assets, not just bonds but stocks and other financial assets which are probably priced to the same expected high number, may be not as bubbly and as bubblish as some would suggest.” Gross said.

Income Investing: – Long-dated munis gain from Treasuries’ strength. – The strength of the long bond this month has been benefiting long-dated munis too, with 30-year muni yields falling to 96.5% of comparable Treasury yields, per Thomson Reuters MMD, down from an average of 101.9% over the past three months. Morgan Stanley Wealth Management says muni yields have fallen to the point where they’re clearly being driven by the Treasury market.

Reuter: – U.S. data drives yields lower as new economy fears set in. – U.S. Treasurys yields fell on Tuesday after U.S. retail sales for April came in below economists’ expectations, which could temper hopes of a sharp acceleration in economic growth in the second quarter.

MarketWatch: – Corporate bond rally is next to bust, some fear. – A growing group of investors and analysts are souring on the corporate bond market, preparing for a reversal in an asset class that has benefited tremendously from investor dollars hunting for yield.

MarketWatch: – How junk bonds are warning us about this market. – I just got back recently from a conference where I presented the two papers Charlie Bilello and I co-wrote related to intermarket analysis and how to use the signaling power of Treasurys and utilities to manage risk. The time spent discussing our research was important to the crowd of advisers and asset allocators, but from my perspective it was their own sentiment which was quite telling of where we are in markets now.

Reuters: – U.S. investor Jim Rogers pegs junk bonds as a short-sell candidate. – Junk bonds, which have done well this year, look like the most promising short trade the bond market has to offer, prominent investor Jim Rogers told Reuters in an interview on Monday.

Income Investing: – Aging population may keep junk bond risks at bay – Moody’s. – Even the biggest junk bond skeptics tend to shrug their shoulders and say that as long as the Fed is keeping money cheap, corporate defaults don’t seem like an imminent peril, so junk bonds could go on for a while yet before running into any real problems.

Bloomberg: – JPMorgan said to be betting Argentine securities will gain. – JPMorgan Chase & Co. (JPM) plans to hold some of the $3.25 billion of Argentine bonds it bought from Repsol SA as a wager the securities will rally and hasn’t hedged them, according to a person with direct knowledge of the bank’s strategy.

What Investment: – Rathbone’s Jones: Don’t join the rush for emerging market or Eurozone bond funds. – The easy money has already been made from emerging market bonds and Eurozone bonds, despite bond funds dedicated to those assets being the most popular with UK investors so far this year, according to Bryn Jones, fixed income director at Rathbone Unit Trust Management.

Gary Gordon: – International stock and bond ETFs deserve more of your allocation. – U.S. corporate earnings growth has slowed. Heck, if you are looking at companies in the Dow Industrials, earnings have actually declined for three of the last four quarters. Yet record highs for broader U.S. stock benchmarks continue stealing the headlines.

Investopedia: – Making a case for long bonds. – Given all of the stimulus, investors have been certain that inflation and interest rates would have to rise sooner or later. But until that day of rising rates arrives – and some analysts predict that this event might not happen for a very long time – long bonds could be a great place to park your money in 2014.

MarketWatch: – Higher rates are coming — here’s how you prepare. – After peaking above 3% around New Year’s Day, yields on the 10-year Treasury bond are around 2.6% currently. Some investors may not think that a change of 40 basis points is a big deal. But consider that while rates have drifted down, bond investments have marched higher. That’s how bonds work; when yields drop, bond prices rise. But it’s important to remember the flip side of that trade

Think Advisor: – A tactical bond fund with a twist. – With interest rates at historic lows it’s hard to find attractive yields in investment grade bonds. Moreover, the longer rates remain low, the harder these bond funds will be hit when interest rates rise. Hence, if it weren’t for stocks, portfolios would almost certainly have a difficult time posting respectable returns.

U.S. News: – Avoid supporting your fund manager’s lavish lifestyle. – Some things never change. In 1940, Fred Schwed wrote a humorous book called, “Where Are the Customers’ Yachts?” It was about the dichotomy between the lavish lifestyle of those who manage money and the far less glamorous struggles of those whose money is being managed.

About.com: – Actively managed bond funds: Short-term underperformance, longer-term strength. – It’s a widely held belief that index funds outperform actively managed funds over time, and that’s certainly been the case when it comes to stock funds. In the bond world, however, managers have added meaningful value in the past five years.