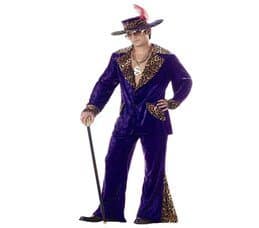 Emerging Market bonds suffered a bloodbath during the recent May, June swoon of the bond market. Investors withdrew five-and-a-half billion dollars out of EM bond funds, during the last week of May alone.

But reports of the demise of EM bonds appear to have been greatly exaggerated. Ramin Toloui, the co-head of emerging markets at Pacific Investment Management Co. (PIMCO), told investors today that emerging-market debt offers an opportunity after the worst selloff in more than a decade drove up yields.

“In a global environment characterized by continued concerns about growth — even amid firmer economic indicators — policy interest rates in both developed and emerging countries are poised to stay low.” Toloui, based in Singapore said.

The bottom line is investors still need yield and EM bonds are one of the few places currently providing it. John Spence of ETF Trends notes that some emerging market bond ETFs are offering yields of 5% or more after the recent sell-off, enticing investors who remain hungry for income.

It’s clear that EM markets are slowly recovering, the question is, will it continue? Esty Dwek, Investment Strategist at HSBC Private Bank had this to say.

“If Treasuries stabilise around current levels – which central bankers seem to be aiming for – we see the potential for spread compression and positive performance in EM USD- denominated debt, although it could take some time to materialise. We believe that there is more potential for EM sovereign spread compression as corporate spreads proved more resilient and benefited from the recovery across global credit.”

Anthony Valeri: – Foreign buyer intrigue. – Foreign demand for U.S. bonds has been weak in 2013 and played a role in the recent bond market weakness.

FT: – Municipal bond insurers look to benefit from Detroit bankruptcy. – Bond insurers exposed to billions of dollars of Detroit debt expect to emerge as long-term winners from the largest municipal bankruptcy in US history.

FT Adviser: – Short-term bonds can help balance portfolios. – With bond yields at historic lows and interest rates only going one way in the future, you would be forgiven for asking why I am talking about bonds at all.

Barron’s: – JCP Bonds worth 66% of face value, with just 84 years to maturity. – Pity the investors who bought the so-called century bonds – which mature 100 years from their date of issue – that JCP sold back in 1997, when it was a robust investment-grade retailer with an eight-decade track record and seemingly steady prospects ahead. Fast-forward sixteen years, one disastrous CEO tenure by former Apple exec Ron Johnson, and this week’s board resignation of activist hedge-fund investor Bill Ackman, and JCP is in deep trouble.

Dallas Business Journal: – JCPenney century bond struggles in junk status. – More than 17 years ago, Plano-based J.C. Penney Co. Inc. issued a rare 100-year bond and the $500 million offering had Penney standing out from the elite crowd as the only retailer.

Forbes: – Muni market reboot. – Those of us who own or work with computers know that when all else fails, sometimes the only fix is to reboot. Software patches, new apps, firewall failures, you name it—a reboot sometimes works when nothing else will.

WSJ: – Buyers tackle a fear of debt. – After a broad selloff in May and June, investors are pouring money back into corporate bonds and riskier types of debt, some with complex structures and favorable terms for issuers. Pension funds, insurance companies, mutual funds and hedge funds are resuming a hunt for higher yields that petered out earlier this spring when the Federal Reserve said it may begin to wind down its $85 billion-a-month bond-buying program, known as quantitative easing.

The Motley Fool: – Should you still own bonds? – Discovering that bonds can lose value has been a painful experience for many investors, but they still belong in most people’s investment portfolios. For money you need within the next few years, finding the right investment vehicle to avoid the volatility of the stock market is more important than ever. By being smart about which fixed-income investment to make, you can find the right balance between risk and return for your financial situation.

WSJ: – Summer of love for corporate bonds. –  Summertime, and the market is squeezy—at least for European corporate bonds. Unlike their U.S. peers, European investment-grade corporate bonds are in positive territory this year, and there is little sign of them losing their allure for investors.

Bloomberg: – Build America bonds suffering most as sequestration bites. – Build America Bonds, the federally subsidized municipal bonds orphaned in 2010 after Congress failed to extend their life, are beating Treasuries and corporate debt even as the taxable securities are poised to record their first losing year.

TheStreet: – New high yield bond fund hedges out interest rate risks. – There are several risks to investing in the bond market. The big risk five years ago was credit risk; the risk that companies would default. Many companies’ fortunes have improved since the financial crisis and many analysts believe that risk of default has decreased.

Barron’s: – ETFs are on the cutting edge of bond pricing. – Old-timey Wall Street bond dealers are stepping back from the junk-bond and corporate-bond markets. Exchange-traded funds are taking their place.

Financial Post: – Opportunity in high-yield bonds despite rising rates. –  High-yield bonds won’t be able to keep up the pace of their outsized performance in recent years, but Sadhana Valia still expects the asset class to produce healthy returns, particularly compared to other fixed-income investments.