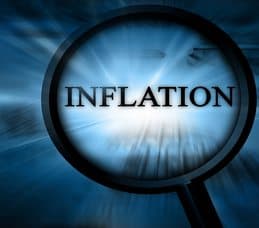 Since 2002, PIMCO has offered the PIMCO Commodity Real Return Fund (PCRAX).  The fund’s fact sheet (published on June 30th, 2012), describes it as “Capturing The Diversification and Inflation-Hedging Potential of Commodities”.

The marketing for the fund also includes the following statement:

Why invest in this fund?  A Double Real™ inflation-hedging strategy

For investors who are concerned about inflation, this may sound like a great choice from one of the largest asset managers in the world.  Upon a closer look however, the fund would actually be a terrible choice for an investor looking to protect themselves from inflation.

The fund has a two pronged approach to fighting inflation:

The PIMCO Commodity Real Return Fund’s performance has been tremendous over the last decade, averaging almost 10% per year on average. However, these returns don’t really match up with inflation (as measured by the Consumer Price Index CPI).  They also don’t match up with the commodity index which the fund benchmarks its performance against. Even if you combined CPI with the commodity index, the results would not come close to tracking the fund’s performance.

What do the Above numbers show?

Why does the performance of the fund have little to do with inflation?

The answer is simple: Commodity prices don’t move in line with inflation

When most people talk about inflation (the increase in the prices of goods and services over time) they are referencing the Consumer Price Index (CPI-U). CPI tries to approximate the cost of living for a “normal” person living in an urban environment.

CPI and commodity prices are not strongly linked. There have been several studies which show a strong link between the costs of raw materials and inflation was tight in 60s and 70s.  Since then however,  the relationship has been very indirect.

On an intuitive level, the cost of the raw materials that go into making a product or delivering a service should have a major impact on the final price. However, over the last several decades, the percentage of a product’s costs that can be attributable to raw materials and energy inputs has declined dramatically. Labor costs, marketing and sales costs, and technology costs have become much more important than energy and raw materials.

Yes, Treasury Inflation Protected Securities change in value with inflation expectations.  However, there are a few factors to consider:

Why are we being critical of Bill Gross? Hasn’t the fund done well?

The portfolio manager of the fund is not Bill Gross. That honor belongs to Mirih Worah. However, Bill Gross is PIMCO’s Co Chief Investment Officer and its front face. I want to hold him accountable for the following statement made in the funds marketing:

Why invest in this fund? A Double Real™ inflation-hedging strategy

This fund does not offer inflation protection, and in fact would be a terrible choice for an investor looking to protect themselves from inflation.