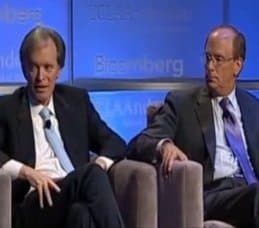 (February 2012) Earlier this week something very strange happened! Prior to the FED’s auction of 7 Year Treasuries, there was negative interest paid to  traders loaning out cash. Cash was not king. Instead, people preferred to temporarily own the 7 year treasury.

Lets look at this transaction – its called a REPO (short for repurchase) agreement. One person gives the other a security (like a treasury) in exchange for cash. They agree at a latter date to reverse the transaction, usually with the person that provided the cash earning some interest. Basicilly, a REPO is a short-term but fully collateralized loan.

Like I said normally people pay interest to access the cash portion of this agreement. However, this time traders preferred to have the collateral (the 7 year treasury). They could then sell the Treasury in the market (short it) with the idea of making money when prices rose (yields fell). They were betting on rates falling!

Well, rates are already way below were they should be. They only way rates can go lower is another blow-up in Europe or the FED engaging in another round of Quantitative Easing (aka QE3)

Quantitative Easing in its simplest form is the federal reserve going into the market and buying bonds . . .usually treasuries. They have now started to buy Mortgage Backed Securities (MBS) as well. By buying MBS, they believe that they can lower the interest charged on mortgages and spur demand for the purchase of houses. The idea being a recovery of the real-estate market is central  to a recovery of the economy in general.

Will there be another round of Quantitative Easing?

PIMCO Funds says yes, and auctions speak louder than words. Over half of the Total Return Fund ($125 Billion) is now invested in Mortgage Backed Securities, which should be the biggest beneficiary if there is a QE3