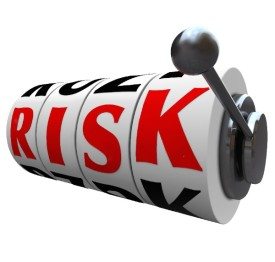 The “carry” trade is in vogue at the moment, largely because it’s being used by investors to capitalize on burgeoning emerging markets. However, some market observers told the Financial Times that investors face being wrong footed by the strategy, which has been described as picking up pennies in front of a steamroller.

The carry trade consists of borrowing cheaply in a hard currency such as the dollar and investing in a higher-yielding one, typically through government bonds or forward currency contracts. The objective is to capture the positive differential in interest rates – the “carry”.

“A lot of people acknowledge there is complacency and the risk-reward is being stretched,” according to David Hauner, head of emerging Europe, Middle East and Africa economics and cross-asset strategy at Bank of America-Merrill Lynch.

The reason is that yields on local currency government bonds, which move inversely to prices, have been forced down since several central banks hiked interest rates earlier this year in a bid to calm financial markets.

After deducting the cost of funding in the base currency, such yields in theory offer heady returns that would bring blushes in other asset classes. But those yields have suffered this year.

For investors who took advantage of weakened EM currencies amid market turmoil in January to snap up local debt on the cheap the falling yield matters little as they receive the same bond coupon. The notional value of their holdings will in fact have appreciated.

But for investors late to the game the carry is now thinner. To reprise the metaphor, there are fewer pennies on the path for the picking.

“The carry today isn’t particularly high,” says Hauner. “What makes [the trade] attractive is a low level of volatility. Anything that causes a pick up in this extremely low level would be a danger to the trade”.

LearnBonds: – Moody’s issues bonds yielding over 5%. – You’ve probably heard of Moody’s Corporation because of its ratings on debt securities.  If that’s the type of company you think deserves exposure in your corporate bond portfolio, you might be interested to learn that Moody’s recently raised $750 million in the form of two new debt securities.

Daily News: – Municipal bonds can be very attractive for those in a tax bracket of at least 20%. – Money Manager Lewis Altfest advises an 85-year-old-widow on where to put her extra cash

BlackRock: – Active month, but little change in munis. – June typically is not a friendly month for the tax-exempt asset class, but 2014 has not been a typical year. While it was an active month overall, municipals essentially ended it flat, but hit the mid-year point emphatically in the black with a year-to-date (YTD) return above 6%.

Income Investing: – Bank bonds, preferreds should benefit from rising rates – Barclays. – Barclays sees rates rising in the second half of 2014, which should dent corporate bonds but could set up bank bonds and preferred shares as longer-term beneficiaries. Barclays rate strategists forecast the 10-year Treasury yield to rise to 3.15% by yearend from 2.55% today, and see an even steeper 75 bps selloff for the front end of the yield curve.

FT: – Citigroup shrugs off $7bn MBS probe settlement. – Citigroup investors have looked past the bank’s $7bn settlement of a US government probe into the sale of mortgage-backed securities, even as the penalty wiped out almost all its second-quarter profits.

WSJ: – The Government bond racket. – Now here’s something you don’t see everyday: Governments might stop pressuring banks to lend money to governments. Believe it or not, a burgeoning reform effort is underway among the regulators who did so much to create the last crisis and often seem to ignore its lessons.

Barron’s: – Risk will get riskier. – As the Federal Reserve ponders an exit strategy from its market interventions, investors ought to start mapping out their own exit route after years spent piling into risky investments. Junk-bond investors particularly should figure out where the closest exit row is, and how quickly they can get there in an emergency if everyone else is heading there, as well.

Investing.com: – High yield corporate bonds: Degrading momentum. – The world of high-yield corporate bonds has been obediently charging higher for years, right along with equities. However, if you scrutinize what’s been happening recently, you’ll realize that momentum is definitely waning.

ValueWalk: – The most alarming market metric. – The Barclays Capital High-Yield Index is currently yielding less than 5%. To put that in perspective, from 1926 through 2013, data compiled by Ibbotson Associates showed that long-term and intermediate-term U.S. government bonds returned 5.5% and 5.3%, respectively.

Bloomberg: – Junk-bond buyers choose easy exits to solve ambivalence. – Bond buyers are cashing in on profitable wagers in the $2 trillion junk market and hunkering down for a selloff. They’re just doing it in a way that makes it easy to change their minds.

Charles Stanley: – Emerging market debt funds – the basics. – With interest rates so low, many investors are exploring new territory in their search for income. One such frontier is emerging market debt funds. These offer enticing yields in the region of 5%, but as demonstrated earlier this year they can also come with high volatility. So, what are the opportunities in this area of investment, and is the income on offer worth the risk?

Zawya – Emerging markets: It’s not a case of mass exodus. – Investors have not lost faith in the emerging market story; they are simply questioning it, according to a recent research report titled ‘Not all emerging markets are created equal’ by CREATE-Research.

Thomson Reuters: – Caribbean looks to new insurance to cushion blow of natural disasters. –  Natural disaster-prone Caribbean countries can soften the economic impact of earthquakes and hurricanes with new disaster insurance coverage in the form of a catastrophe bond, according to the Caribbean Catastrophe Risk Insurance Facility (CCRIF).

WSJ: – Five popular—but dangerous—Investments for individuals. – Mutual funds that try to emulate hedge funds. Exchange-traded funds that use borrowed money to jack up their bets. Real-estate investment trusts that are hard to unload. Structured notes that look like conventional debt but can be far more risky, and “go anywhere” bond funds that are prone to trade safety for yield.

Barron’s: – Fundamental bond ETFs prove tough to tackle. – Fundamental indexing is an attempt to outsmart the market by adding ever-more criteria to create a market-beating index, or manage risk, or both. Sometimes, the effort pays off, which explains why fundamental stock ETFs have won many investors.

Columbus CEO: – Jockeying for position in the bond-fund sweepstakes. –  As he came to early prominence in the 1980s, Bill Gross was sometimes called the Peter Lynch of bonds, after the better-known manager of the Fidelity Magellan stock mutual fund.

NY Times: – Choices abound in an E.T.F. boom. – Exchange traded funds seem to be where all the action is in the asset management business lately. These funds trade throughout the day like stocks, and they have surged in number — by 78 percent from the end of 2008 through 2013. For some analysts, the shift in E.T.F.s resembles an earlier phenomenon.

Reuters: – Target date funds try timing the market. – Mutual fund companies are trying to juice returns of target date funds by giving their managers more leeway to make tactical bets on stock and bond markets, even though this could increase the volatility and risk of the widely held retirement funds.

Gross: What adviser manages a fund that according to Bloomberg is in the 99th % for the past month & 62nd for past 12 months? Can you guess?

Which curve? 2-Year yield is way below the yield implied by the Dots. #CurveFed