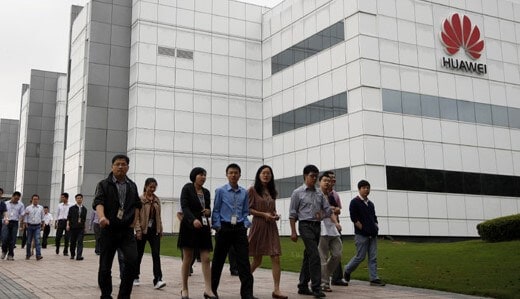 The Pentagon has unveiled a list of Chinese firms it says are owned or controlled by the communist Republic’s military, exposing fresh tensions between the world’s two largest economies.

“As the People’s Republic of China attempts to blur the lines between civil and military sectors, ‘knowing your supplier’ is critical,” said Pentagon spokesman Jonathan Hoffman in a statement.

He added: “We envision this list will be a useful tool for the US government, companies, investors, academic institutions, and like-minded partners to conduct due diligence with regard to partnerships with these entities, particularly as the list grows.”

Hikvision called the US move “baseless,” adding its ownership details are publicly available as a listed company and as a “independently operated enterprise.”

Congress first required the Pentagon to produce the list in 1999, but no previous administration has ever released the report.

US President Donald Trump has the authority under the International Emergency Economics Powers Act of 1977 to level financial sanctions against those companies.

However, many observers say Trump will use the list as part of his campaign to pressure allies not to use Chinese firms and cajole US investors not to back companies linked to the communist Republic.

China has worked to a policy known as ‘civil-military integration’ which allows ventures from both sectors to share dual-use technologies. This can allow the Chinese military access to technologies that might otherwise be difficult to obtain under sanctions imposed after the 1989 Tiananmen Square massacre.

The Pentagon list comes as relations between the US and China continue to worsen over a range of economic, security and global health issues. Trump has hit out at China over coronavirus and blamed Beijing for its global spread. Last month he threatened to “cut off the whole relationship” with Beijing.

“The list put out today by the Pentagon is a start but woefully inadequate to warn the American people about the state-owned and -directed companies that support the Chinese government and Communist Party’s activities threatening US economic and national security,” said Republican Senator Marco Rubio, who has been a leading voice for taking a tougher stance on China.

One of the major firms on the list is Hikvision, which supplies surveillance cameras to detention camps in the Xinjiang region where the Chinese government has interned more than one million ethnic Muslim Uighurs.

Another is Aviation Industry Corporation of China (AVIC), this state-owned firm provides parts to Airbus and Boeing, as well as making its own civil and military aircraft.

A third is China Mobile Communications Group, which owns China’s biggest mobile phone operator, with more than 940 million subscribers. The Federal Communications Commission rejected a license application from the US arm of Hong Kong-listed China Mobile to operate in the US last year, saying the firm “would raise substantial and serious national security and law enforcement risks.”