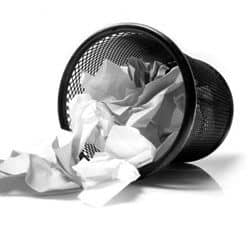 Municipal bonds had rough ride in 2013, with many investors choosing to exit the once stable, tax exempt muni market. But many advisers are warning that now isn’t the right time to start unloading municipal debt.

“Although some municipalities remain fiscally challenged, this is the wrong time to panic,” says Jeffery Timlin, municipal portfolio manager at Sage Advisory in Austin, Texas.

Why should you stick it out?

Recent fiscal reforms designed to ease pressures in some of the most troubled cities and states. In Detroit’s case, U.S. Bankruptcy Judge Steven Rhodes judgement earlier this month could pave the way for the city to cut pension payouts as part of its restructuring.

These moves should reassure muni investors, says Amy Laskey, a muni-bond analyst at Fitch Ratings. If the Detroit ruling stands, “it should have some significance in other bankruptcy courts,” she says.

The market’s slump is likely to extend into next year, analysts at Morgan Stanley predict. They expect that an average muni bond will lose 1.3% in 2014. But Michael Zezas, who heads the firm’s municipal-bond strategy team, believes most of that downturn will come in the first part of the year as yields peak. “The muni hangover isn’t going to be permanent,” he says.

How to structure your portfolio

So how should you structure your muni portfolio to withstand fluctuations in the market? Learn Bonds contributor Anthony Valeri, head of fixed-income research at LPL Financial, told the WSJ. “Now might be a good time for muni investors to tilt portfolios more to intermediate-term issues, specifically bonds maturing in seven to 12 years, says which has $415 billion in assets.”

One fund that portfolio managers at LPL Financial say they are favoring now is the iShares National AMT-Free Muni Bond MUB -0.02% ETF, which charges annual fees of 0.25%, or $25 per $10,000 invested.

If rates surge, munis with relatively shorter terms may hold up better. “But if stocks plummet, then you’ll be forced to sacrifice the additional downside protection that intermediate-term bonds provide,” Valeri said.

The Street: – Muni investors rush for exits. –  Municipal bond funds saw $1.9 billion in outflows this week as investors continue to back away from the market.

Yahoo Finance: – Little respite seen for U.S. municipal bonds in 2014. – The withering U.S. municipal bond market will shrink even more well into 2014, with interest rate and credit risks keeping both investors and borrowers away.

Business Insider: – Why investors are fleeing muni bonds at record rates. – Muni investors have a lot to be frazzled about. Municipal bonds used to be considered a safe investment – though that may have been propaganda more than anything else. Munis are exempt from federal income taxes, hence their attractiveness to conservative investors in high tax brackets. Munis packaged into bond funds appealed to those looking for a convenient way to spread the risk over numerous municipalities and states. While the Fed was repressing rates, muni bond funds were great deals.

Bloomberg: – TIPS wipeout signals Fed losing fight against disinflation. – Bond investors are signaling they expect the Federal Reserve to lose its battle against disinflation, even after inundating the U.S. economy with more than $3 trillion in the past five years.

BRecorder: – Nasdaq plans ‘dark pool’ for U.S. Treasuries by John McCrank. – Nasdaq OMX Group plans to create a so-called dark pool for electronic US Treasuries trading where buying and selling interest is not revealed, even on a post-trade basis, the company’s chief executive officer said recently. Nasdaq, which runs the No 2 US equities exchange, closed its $750 million acquisition of eSpeed, an electronic Treasuries-trading platform formerly run by BGC Partners Inc, in July.

WSJ: – Investors are hungry for U.S. corporate bonds. – Bond investors are showing the most confidence in corporate America since the financial crisis, underscoring expectations that the U.S. economy will keep rolling as the Federal Reserve prepares to trim monetary stimulus. Purchasers of corporate debt are demanding the smallest interest-rate premium to comparable government bonds since 2007.

Learn Bonds: – Toll Brothers’ newly issued bonds are worth a look. – In November, Toll Brothers, through Toll Brothers Finance Corp. issued $250 million of 5.625% coupon senior unsecured notes.  Despite trading a bit over par, the notes still offer an attractive yield for the given level of credit risk.

Barron’s: – Junk bonds hope for a repeat. – People often look at the past year’s returns to gauge next year’s prospects, but rarely do the two match up. Yet bond markets are in an unusual position: Two top-performing sectors—junk bonds and leveraged loans—actually could pull off a repeat.

ETF Trends: – Emerging markets bond ETFs look to a better 2014. – Among emerging markets bond exchange traded funds, a once hot corner of the ETF universe, 2013 will go down as a year to forget. That sentiment applies to both dollar-denominated and local currency funds.

The BIG Picture: – Crowding in – Bond interest rates. – We are watching bond market volatility as Treasury bonds struggle with questions about what the Fed (Federal Reserve) is going to do. Only the passage of time and improvement of communication from the new Fed leadership will resolve this issue of inadequate clarity and resulting volatility.

The Seattle Times: – Bond funds may set a record for redemptions. – Investors have removed $70.7 billion so far this year from bond funds, compared with the previous record of $62.5 billion in redemptions in 1994.

RGJ.com: – Americans rotate to stocks from bonds. – After years of sticking with plain-vanilla bond funds, investors are starting to turn their backs on them and opt for stocks instead.

FT: – U.S. investors flock to ‘alternative’ bond funds. – The flow of money into a new class of bond fund that gives managers unprecedented discretion over its trading strategy has surged this year, amid retail investors’ concern over the prospect of rising interest rates.

MarketWatch: – Rebalance with cash — not bonds — before year end. – Rebalancing between bonds and cash at year end is quite common. Traditionally some practitioners have suggested a higher proportion of bonds as an investor ages. A split of 60% for stocks and 40% for bonds is quite popular.

ETF Database: – Best & Worst Bond ETFs of 2013. – 2013 has been a somewhat volatile year for the fixed income market, as investors continue to weigh the current low interest environment with the possibility of the Federal Reserve tapering its bond buying purchases. As a result, most bond ETFs struggled to keep up with the equity market’s quick pace, with many funds ending in the red in 2013.

Kiesel: Investors looking to capitalize on the improving outlook for US housing have several options. Learn more: http://t.co/TaDoUM0ydg