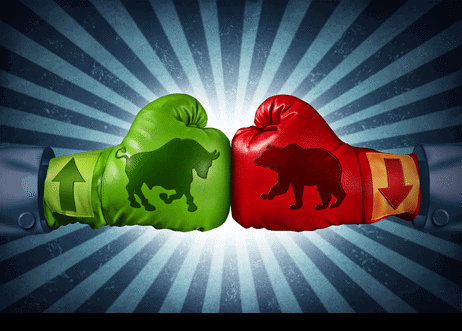 Netflix, Inc. has been stuck in a narrow price range since the past few trading session. And charts indicate the direction of the breakout may determine the short term trend of the stock. 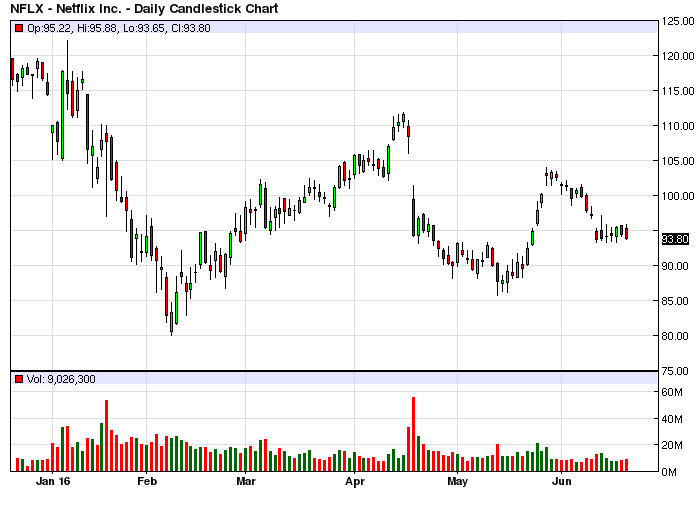 Netflix, Inc. Stock is in “No Trade Zone”

Netflix was the best performing S&P 500 name of 2015. The start of the year saw the stock sell-off along with the rest of market. NFLX bounced smartly off the lows of February. But the recovery was short lived as bears again took control in April to send shares tumbling below the $100-mark.

Since then, volatility has been high, as traders and investors struggle to make up their minds. However, the past 7 trading sessions have seen the stock stuck in a narrow price range, increasing hopes that a short term breakout is just around the corner.

On the upside, $96 is a strong resistance zone. As such, a close above this level should jump start a rally to the highs of May. But given the way the stock behaved in yesterday’s session, the odds of that happening currently seem dim.

Despite a decent opening, Netflix failed to hold on to its gains, and sold off in late Monday trade. What was even more worrying from a technical standpoint was that the dip came amid broad gains in the market. $93 separates bulls from the bears. Any close below that area could see NFLX sliding to $85, which coincides with the lows of last month.

Adding to the bearish outlook were comments from Nomura analyst Anthony DiClemente, who said Netflix was at the risk of losing a large number of customers as the price hikes begin to hit current subscribers through the second half of 2016.

DiClemente expects NFLX to lose 480,000 of the 27 million subscribers it has in the U.S. Netflix CEO Reed Hastings, while accepting the hike will lead to some customers leaving the service, didn’t sound worried when speaking to investors post the Q4 earnings, earlier in the year.

“We believe that Netflix’s international launches in 2H15 (Japan in 3Q15 and Southern Europe in 4Q15) may presage difficult YoY growth comparisons for international subscriber addition estimates in 2H16,” DiClemente wrote to clients on Monday. The analyst also cut his 12-month target price for the stock to $115 from $125.

Updated at 1:30 PM ET: Netflix bulls have been blown away by the Tuesday selling pressure. Bears have broken through one support level after another. Traders need to watch out for $90. If that fails to hold, $85, which coincides with the lows of May, will be the most likely next support zone.