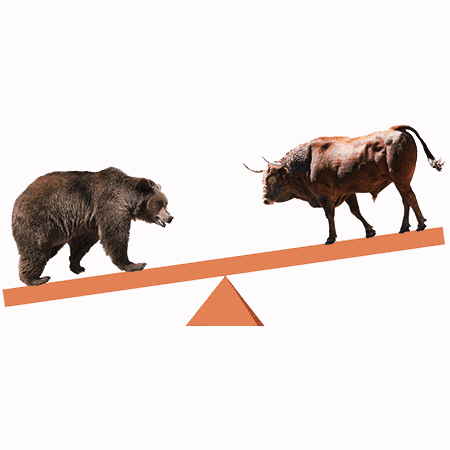 Bill Gross is out with his first bond market outlook for the year, and he gets 2014 off to a great start. Never one to follow the crowd, Gross makes a couple of observations, both of which appear contrarian to the current market trend.

First up, Gross says that inflation statistics are vastly underappreciated when it comes to predicting how the Federal Reserve will shift monetary policy.

Up to this point most market observers have been concentrating on the monthly jobs report, for guidance as to the Feds intent. Gross says this is wrong. “The nonfarm payrolls report is one of the biggest market-moving data points, despite indicating very little about the path of unemployment,” he said.

The rate of inflation, as measured by the PCE annualized inflation rate, is the “critical monthly statistic for analyzing Fed policy in 2014” according to Gross.

His second point focuses on rising interest rates. Gross says that even if the economy picks up steam and the unemployment rate continues to fall, inflation will remain muted, which means the Federal Reserve is likely to hold off on any rate hikes for a substantial period of time, he says “2016 at the earliest”.

That goes against the general market consensus which appears to be for the first rate hike to appear in the first quarter of 2015.

Low policy rates mean that bond prices are likely to stay high and yields low on the shorter end of the yield curve, so he suggests buying shorter-maturity bonds.

BusinessWeek: – Curbs on muni advisers sought by regulators under Dodd-Frank law. – U.S. securities regulators are moving to tighten standards governing the conduct of advisers to state and local governments on municipal bonds under a law approved by Congress in 2010.

Reuters: – Puerto Rico eyes debt sale amid reforms, investor worries. – Puerto Rico is readying a return to the U.S. municipal bond market as early as this month after shelving plans for a much-needed capital raising in the final quarter of last year amid a vicious selloff of its bonds.

MuniNetGuide: – The case for continued tax exemption of muni bonds. – As Congress debates the future of tax exemption for municipal bond interest, one industry professional says it’s time for those whom it will directly affect – state and local government officials, taxpayers and citizens – to speak up.

ETF Trends: – The role of negative duration in high-yield portfolios. – As we highlighted in a previous blog post, investors can use a variety of strategies in order to help reduce their portfolio’s interest rate risk. In this discussion, we focus on the potential opportunity for generating income from a high-yield bond exposure with negative interest rate risk.

FT: – Federal Reserve faces prospect of bond market showdown over rates. – Bond traders are bringing forward their expectations of when the Federal Reserve will start to tighten policy, leading to a jump in short-term US borrowing costs. Recent economic data have pointed to a gathering American recovery, and could result in a showdown between policy makers and the Treasury market.

MarketWatch: – Investors bet on rate hikes as bond market tests Fed. – As the Federal Reserve pivots away from the bond-buying stimulus that has held benchmark Treasury yields low in recent years, the government debt market will be forced to reckon with the policy tools brought in to replace it.

BusinessWeek: – Toys ‘R’ Us investors show doubt of repayment. – Toys “R” Us Inc. is paying the highest yields among 16 issuers of CCC+ rated bonds as investors grow dubious the retailer with three years of falling profit will repay or refinance $2.85 billion of debt due through 2016.

CNBC: – Boost fixed income returns with junk. – What do you do with the bond part of your portfolio? Look to invest some of it in junk bonds. Junk bonds are likely to be one of the best performers of 2014, with default rates set to remain low.

YCharts: – BlackRock bond guy: Limiting yield curve risk. – Jeffrey Rosenberg, BlackRock’s chief bond strategist says a straightforward approach to managing bond duration is not gonna cut it for 2014. While he’s on board that the specter of rising interest rates in 201 suggests one keep effective overall duration in the short end of the pool, Rosenberg points out that the 2-5 year end of the yield curve is not where you want to directly aim your portfolio. His advice: “shorten your duration…but don’t own short duration.”

InvestmentNews: – Advisers forced to be nimble as fixed-income risk climbs. – As the good old days of low-maintenance bond allocations fade from memory, financial advisers are being forced to learn how to be more creative and nimble when navigating the new reality of fixed-income markets.

Trustnet: – How I’m making money from bonds in a bear market. – The co-manager of the four crown-rated Artemis Strategic Bond fund rejects claims that it will be impossible to make good money from the asset class as interest rates rise.

Investopedia: – Right fund for you: Closed end or open end fund? – Open-end and closed-end funds are vehicles that enable investors to invest in professionally-managed portfolios of securities. Although they have some features in common, there are some major differences between open-end funds – which are better known as “mutual funds” – and closed-end funds (CEFs). While mutual funds are vastly more popular than CEFs, both face intense competition from the newest entrant in the fund space – exchange-traded funds or ETFs, which have grown by leaps and bounds in this millennium.

InvestorPlace: – 4 weird bond ETF picks for yield amid rising interest rates. – The tapering and potential ending of the Fed’s quantitative easing programs is sending shockwaves throughout the fixed-income world. That’s because rising interest rates have a negative correlation with bond prices. But it doesn’t mean you shouldn’t consider a bond ETF.

TheStreet: – A new Vanguard index fund could lag active managers. – Among the most popular mutual funds last year was Vanguard Total International Bond Index (VTIBX). Launched in June, the index fund now has $18.9 billion in assets. The inflows were particularly notable at a time when many shareholders abandoned bond funds. During the first 11 months of 2013, investors withdrew $73 billion from intermediate-term funds, according to Morningstar.

TheStreet: – How to handle the bond risks of 2014. – Most investors know rising interest rates can undermine bond prices, but just how bad can it be? With rates likely to drift up this year, it’s important to know.

BCA: – Where bond valuations are stretched? – While the economic data remain bond-bearish, the jump in global yields over the past month raises the question of whether the bear market has moved ahead of itself. The weighted average of 10-year bond yields in the major developed markets has reached fair value, although this hides a fairly wide dispersion across markets.

QE ex-reinvestment stands at $3.52 Trillion (according to Bloomberg) which is the equivalent to ~15 PIMCO Total Return Fund's

Bassman: "A 10yr at 3.00% is a lousy place to own optionality since it seems like such a comfy place to sit until the next FED meeting"