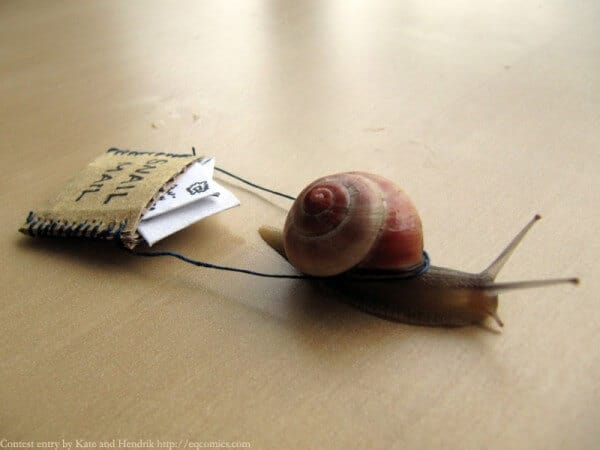 Nationwide Life Insurance Co. didn’t answer its mail on time for 15 years, and the SEC is just now catching up to the company’s shenanigans. In what Marketwatch’s Steve Goldstein is calling a case of “low-frequency trading” the life assurance firm didn’t open mail applications on time, and it’s being punished as a result.

The Securities and Exchange Commission handed out an $8 million fine for the infraction, though it didn’t directly allege that Nationwide made a financial gain at the expense of its clients. The behavior involved the company deliberately not picking up its mail between 1995 and 2011, allowing it to avoid giving same-day rates on customer orders.

Nationwide moves too slow for the SEC

The infraction was called out on the processing of mail in orders for variable insurance contracts that relied on underlying mutual fund for their value. Firms are required to give their clients the day’s price if orders arrive before 4 PM according to regulations. If order arrive after 4 PM the next day’s price is given to the clients.

It’s not clear if Nationwide managed to financially benefit from the slowing down of its mail service, but the SEC allegation concludes that the company did do it on purpose. There seems few alternatives to financial gain or market timing to explain such behavior, but Mr. Goldstein at MarketWatch offered one.

Perhaps the cost of same-day application processing was the only motivating factor. The company may have been able to cut its costs simply by refusing to deal with mail on time, delaying applications but boosting margins.

Clients could apparently have benefited from the state of affairs, though it’s not clear if anybody knew, or paid attention to what Nationwide was doing with their mail when it arrived. Some, noticing the lethargic order processing, might have guessed that the company was indeed not opening them, but predicting that with enough accuracy to benefit seems like a difficulty.

Nationwide actually complained to the United States Postal Service when its mail came in early. At times the courier carrying the mail was told to wait outside until after 4 PM EST in order to come in and officially deliver it.

The progenitor of that policy may never be officially pointed out, but the company has been cost $8 million as a result. The company neither admitted nor denied the allegations as part of the settlement deal meaning that no criminal charges are ever likely to result from the case.

Mail-order life insurance is likely a dying business, so this kind of fraud may never raise its head again. It goes to show, however, that a loophole no matter how archaic-seeming, will be found and exploited if enough people use the system. That goes for almost any system, whether mail order financial regulations or computer language.