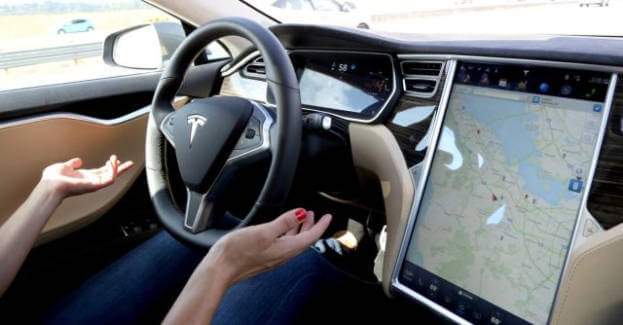 Despite the recent wave of Tesla Inc price records, investors have many reasons to be cautious of the stock. This is according to a host of analysts ranging from Morgan Stanley to The Street’s Robert Monero. Beyond that, a new challenger wants to topple TSLA off its thrown. It will come from an auto industry legend and former employee of the company. According to Henrik Fisker, Tesla Inc is the only EV maker worth beating right now. His incoming car promises to do exactly that.

Consider these reasons to be cautious of TSLA.

The self-driving EV space is new, alluring and volatile

Morgan Stanley holds a bullish stance on Tesla Inc, but that doesn’t mean they ignore worst-case scenarios either. Monday saw the company raise its bearish analysis on the world’s leading EV maker. Counting the negatives, the analyst firm cites a self-driving transport industry that is still finding its feet. Morgan Stanley also can’t ignore the setbacks which arise from Tesla Inc’s vehicle servicing. And lastly, with popular giants like Apple and Google coming into the picture, EVs stand to become nothing rare.

All of this threatens the novelty and futurism ideas which propel TSLA stock. Morgan Stanley used these looming issues to up their bearish view of the company. The problems didn’t stop the firm from pushing their Tesla Inc “bear case” from $50 to $175, though, unable to ignore current market favor.

Looking at the bright side, Morgan Stanley keeps it bullish view on Tesla at $511. Again, Tesla Inc is surging in value this year with much of Wall Street predicting values well over $400 before the year is out. The current year alone sees TSLA climb 70 percent. This performance crushes the S&P 500, which only has 8.4 percent to show for 2017.

Tesla Inc (TSLA) will get an EMotion-al challenger

The architectural brains behind the Aston Martin DB9, as well as the BMW Z8, just showcased his latest Tesla rival. Henrik Fisker held the car market’s focus this weekend when he unveiled the Fisker EMotion. While the concept car promises to outdo the automotive Tesla Inc vehicles, it is clearly still a long way off. Still, the EMotion will span over 400 miles on a single charge, power up within nine minutes and offer autonomous driving.

Sure, there are many budding Tesla competitors currently entering the market. Long-range, reliable electric vehicles are the inevitable future of the automotive industry. Henrik Fisker says his newest unveiling will be a lot more distinct, though. The most alluring and unique aspect of his Fisker EMotion will be its capacity to charge under ten minutes. Ditching lithium-ion for supercapacitors of graphene will make this possible, Fisker assures.

Building the allure of his incoming car, hearty claims came from Henrik Fisker in the past. “Very proud of what we are creating,” he tweeted last October. New battery tech comes in addition to the promise of a long-range, electric-powered sedan with connected and self-driving capabilities. The EMotion will make the most graphene technology. The new battery tech is currently in the works at UCLA, but a patent filing is yet to be completed.

The public is assured that the incoming electric sedan will priced similar to the Tesla Inc flagship Model S. The EMotion will be built by VLF Automotive, a long-standing car firm based in Detroit. Fisker joined the company back in January. VLF will also produce the Force 1, a supercar set arrive in the near future.

Tesla Inc (TSLA) haunted by the past overbought

An interesting thing to note is that Fisker forms part of Tesla Inc’s history too. He was there when the Model S was in the first stages of its design. He left shortly after that and dedicated time to producing a luxurious hybrid sedan. It was called the Fisker Karma and sat in the $100,000 price range. It didn’t get much traction, though and Fisker Automotive filed for bankruptcy shortly after it.

This next vehicle will be a direct jab at Tesla, the car genius admitted. The EV market only has one formidable player, he told Business Insider, “and it’s Tesla.”

Tesla is extremely overbought, according to The Street, and investors are bound to realize that too. CEO Elon Musk shared his sentiments on this topic before, yet his concerns fall on deaf ears so far. That won’t hold up for long, says The Street, which has reasons to suspect “that buyers are exhausted and that the stock is headed lower.”

The electric car giant is a speculative short, the outlet wrote this week. This is due to its “current levels using an initial buy-to-cover stop above Friday’s high.” TSLA disregard the fundamentals, says Robert Monero. That means Tesla Inc will always need close and cautious monitoring.