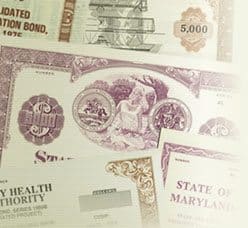 Its no secret that 2013 was a year the municipal bond market would rather forget. Detroit’s bankruptcy and Puerto Rico’s fiscal woes along with rising interest rates propelled the Barclays Municipal Bond Index to a 2.6% loss last year, its worst performance since 1994.

But there are signs that 2014 could bring new hope to embattled bondholders, with Lipper reporting that muni-bond mutual funds and ETFs recorded their first net weekly inflow since last May, putting an end to 33 straight weeks of outflows.

Chris Mauro of RBC told Barron’s: The most significant take-away from this week’s flow report is the continued decline in aggregate muni fund outflows since tax loss selling peaked in late December. If the trend of diminishing aggregate weekly outflows continues, we believe it will be a very positive development for the market.

While Citigroup says that muni returns “will be solidly positive in 2014, given that Treasury rates are expected to increase this year, returns of high quality munis should be relatively low – on the order of 1% and 2%.

However, despite signs the gloom is lifting, there are still concerns hanging over the market. The threat of rising rates and the ongoing problems in Puerto Rico being chief among them. But problems aside, it’s clear that it would take a cataclysmic event for munis not to post a better 2014 than last year.

Bloomberg: – Port authority sets $1 billion sale amid christie bridge scandal. – The Port Authority of New York and New Jersey, the agency at the center of a scandal involving Governor Chris Christie’s staff, plans to sell $1 billion of taxable municipal bonds as soon as next week.

Income Investing: – Newly issued in the muni market: Some optimism. – The muni market spent much of 2013 under a black cloud of Detroit’s bankruptcy and Puerto Rico’s fiscal woes and rising interest rates and generally and miserable performance. But things are looking up! Yesterday Lipper reported that muni-bond mutual funds and ETFs recorded their first net weekly inflow since last May, snapping a streak of 33 straight weekly outflows.

Caprin Asset Management: – What next for Puerto Rico? – Investors have awoken to the Commonwealth of Puerto Rico’s persistent budget and pension deficits as some of the Commonwealth’s largest creditors are reportedly meeting in New York to evaluate the  circumstances. Cascading market values on roughly $70 billion of bonds related to the territory are indicative of concerns, including the risk of default. Below, we offer a few thoughts on the evolving situation.

MuniNetGuide: – Municipal bond insurance, then and now. – The demise of the bond insurers brought an end to almost two decades of muni market “commoditization:” at its peak, bond insurance accounted for as much as 60% of the tax-exempt market. The tremendous expansion of the insured sector drove credit spreads to cyclical tights and basically removed credit as a performance lever for most investment grade investors. Furthermore, one could argue credit commoditization was also a major factor in the explosion of leveraged muni strategies in the early 2000s, and we all know how that ended.

LearnBonds: – My thoughts on high yield bonds. – High yield bonds have been referred to as “junk bonds,” but that is not the case—they can be a savvy investment for investors who are conscious of the risks involved with these types of bonds.

WSJ: – Treasury bond prices gain from inflation figures. – Investors scooped up Treasury bonds Thursday as the latest inflation indicator eased concerns that the Federal Reserve would dial back its bond purchases at a faster pace in coming months. The consumer-price index, which measures how much Americans pay for everything from snack foods to rent, posted an annualized rate of 1.5% last month, staying below the central bank’s 2% target. Inflation erodes the value of bonds over time.

FT: – Storms gather over emerging markets. – Since the financial crisis, emerging markets have enjoyed some indirect benefit from the sluggish recovery of the developed world. The unprecedented stimulus unleashed by the largest central banks has depressed yields on safe assets, pushing investors to search for higher rates in ever more exotic locations. Between 2010 and 2013, private capital inflows to developing countries jumped to about 6 per cent of their combined gross domestic product.

Canadian Underwriter: – Some cat bond return rates hit 18% but investors face risk of ‘losing it all’, exec says. – Canadian insurance carriers will have a combined ratio exceeding 100 in 2013 and the industry will see “a lot more” disasters arising from transportation of hazardous materials, while money is flowing into the industry, indirectly, in the form of catastrophe bonds, an insurance company executive suggested Thursday.

AllianceBernstein: – 7 Lessons every fixed-income investor should learn from 2013. – After more than two decades of a fixed-income bull market, 2013 was not a great year for the bond market. Rates bottomed out, many mutual funds had negative returns and bond mutual funds experienced a record $80 billion in redemptions as investors hit the panic button. But it would be foolhardy to assume that 2014 will be a repeat year for fixed income. Rather, the bond market has become more complex and will likely reward those who closely study what worked, what did not and why.

Citywire: – Where is the value for bond investors? – One of last year’s most popular bond calls was simply to slash duration (the interest rate risk the fund is exposed to), but that may have run its course. Andrew Wells, global chief investment officer for fixed income at Fidelity, warns it is ‘by no means a panacea’ for two reasons.

InvestmentWeek: – Five fixed income funds to protect you from a further sell-off. – Last year was brutal for many fixed income investors as talk of tapering in the US and the great rotation to equities pushed up core bond yields. But which portfolios protected investors regardless – and could do so again this year?

Income Investing: – Barclays finds 2-1 odds that ‘stressed’ corporate bonds improve. – With normal corporate bonds looking historically expensive these days, Barclays today takes a walk out along the corporate credit spectrum in search of better returns and arrives at some bonds it calls “stressed.” It defines stressed bonds as having risk premiums (or spreads) in the range of 8-12 percentage points over comparable Treasury bonds. The common market parlance for bonds whose spreads exceed 10 percentage points is “distressed.”

Focus on Funds: – Burned By Bonds — Should you leave? – If you lost money in bonds last year and you’re afraid to chase stocks. What should you do?

Junius: – PIMCO total return ETF outperformed its sister mutual fund by 77 basis points. – The PIMCO Total Return ETF (BOND) was launched in March 2012, as an actively managed ETF using a similar strategy to its hugely popular PIMCO Total Return mutual fund. Both funds are managed by Bill Gross, one of the most prominent bond investors in the U.S. The strategy of both funds seeks to maximize total returns by holding a diversified portfolio of high quality bonds.

Chicago Tribune: – Don’t ignore 2013 as you take stock in 2014. – The calendar may say 2014, but a few pivotal events from 2013 will continue to hold some influence in the new year, and financial advisers say January is a good time to take action.

USA Today: – Bonds rally, but caution remains. – 2014 is supposed to be the year prices on long-term U.S. bonds finally start to crumble under the weight of a better economy and fewer asset purchases from the Federal Reserve.

Morningstar: – Seeking to defend against rising bond yields? Pick your poison carefully. – Given that they’re often considered the safe, boring part of investors’ portfolios, bonds have certainly produced more than their fair share of angst over the past few years. Having enjoyed the tailwind of declining yields for nearly three decades, many bond investors have been fretting about the day when that tailwind would become a headwind.