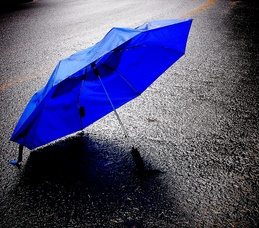 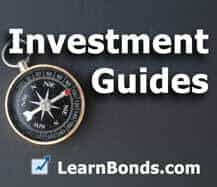 It is simply a guaranty that the holder of a municipal bond will receive scheduled interest and principal payments when due, even if the municipal issuer fails to make these payments. It is literally an insurance policy against an issuer’s payment default.

Currently, there is only one company that is actively involved in the market for insuring municipal bonds. The name of the company is Assured Guaranty Municipal Corp (a subsidiary of Assured Guaranty LTD.). The parent  company is publicly traded NYSE:AGO. While there used to be several companies that issued municipal bond insurance, including AMBAC, CFIG Assurance North America, MBIA, Assured Guaranty Corp was the only company that survived the 2008-2009 mortgage collapse with its financial situation in good order.

According to the company’s website, 1 in 8 new municipal bond issues since 2010 has carried insurance from Assured Guaranty. Usually, its the issuer that buys the insurance that protects the bondholder. In most cases, a retail buyer does not have option of choosing to purchase insurance on a bond, they can only choose to buy a bond issue which either already carries municipal bond insurance or not.

The answer is yes.

Municipal Bond insurance provides excellent protection against the individual incidents in which a particular municipality mis-manages its finances, or has its finances damaged by a locally isolated event (such as a major employer re-locating).

Harrisburg is good example of of a time when municipal bond insurance is useful. The financial situation in Harrisburg had to do with the specifics of the county (including the multi-billion dollar sewer project which the county embarked on) and not a larger issue that affected many municipalities at once.

What are the potential problems with municipal bond insurance?

According to Assured Guaranty, they have access to about $13 billion dollars to re-pay claims. However, the company provides insurance on $400 billion of bonds and securities. In its most recent report on Assured Guaranty, S&P specifically highlighted the company’s exposure to Commercial Real-Estate Mortgage Backed Securities as a major risk.

The argument is fairly complicated, but it comes down to the idea that there is big discrepancy between ratings on municipal bonds and corporate bonds. Essentially, that A rated municipal bonds may have a much lower risk of default than even AAA rated corporate bonds. Given the low-risk of default, do you really need insurance that might cost you a quarter point or more of yield?

This lesson is part of our Free Guide to the Basics of Investing in Municipal Bonds. Continue to the next lesson here.