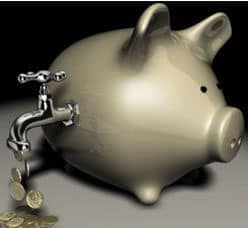 Despite posting strong gains of late, municipal bond mutual funds and exchange-traded funds have reported $1.1 billion of withdrawals for the week ending Wednesday, according to Lipper data.

That makes 17 straight weeks of net fund outflows, with accumulated losses of $26.7 billion. At least the outflow has diminished somewhat, those same funds reported $1.9 billion losses a week earlier.

In hindsight it’s not surprising to see these kind of outflows, munis have been put through the mill over the last six months, with bad news dominating the headlines.

The rout began in May when the Fed first mooted the idea of tapering back the level of bonds it buys as part of its monetary stimulus program. Investors started dumping bonds of all kinds, with yields rising as prices fell.

Things didn’t get any better in July when Detroit filed for Bankruptcy, panicking shareholders into withdrawing $31 billion from municipal mutual funds, a big sum for a fund category that has a total of $518 billion in assets.

And now Puerto Rico has come under the spotlight as investors worry that the little U.S. territory won’t be able to pay off its massive debt pile.

So where do we go from here? Well, many market participants believe that munis now offer one of the best relative values among all fixed-income asset classes, with or without Fed tapering. So Wednesday’s surprise from the Fed, which sent munis on a bit of a rally, should with any luck lure investors back into the fold.

Quartz: – Betting on natural disasters has been one of the best investments since the financial crisis. – Catastrophe bonds—essentially a gamble on the likelihood of natural disasters—have been the fifth best-performing asset class since the financial crisis, according to research conducted by Deutsche Bank (and shown above). If you had invested your money at the fall of Lehman Brothers in September 2008, only silver, gold, and high-yield debt from the US and the European Union would have made you more money.

Learn Bonds: – Bonds vs. Bond mutual funds. – So Which is better? Investing in individual Bonds directly or through a Bond Mutual Fund?

IndexUniverse: – Mixed bond flows tell bullish ETF tale. – Investors have yanked $24 billion from bond mutual funds in the first two weeks of September, putting September already on track to being the fourth consecutive month of sizable redemptions from the segment. But they have also poured some $3 billion into bond ETFs, which seem to be continuing to chip away at mutual funds’ dominance by virtue of their lower costs, according to IndexUnvierse and TrimTabs Investment Research data.

Fox Business: – The case for bonds. – Since the bond market had its little hissy fit over Ben Bernanke’s “tapering” comments a month or so ago we’ve heard a great deal about an upcoming bear market in bonds. In GMO’s recent quarterly letter, James Montier goes so far to pose the question: “Are we witnessing the death of bonds as an asset class?’

TheStreet: – Winning returns from short-term junk bonds. –  Concerned about rocky markets, investors have been dumping intermediate-term bonds and shifting to short-term issues. Short-term bonds tend to be more resilient when interest rates rise. The flows have been particularly notable among high-yield funds, which hold bonds that are rated below-investment grade.

Focus on Funds: – Hedge funds deepened ETF shorts on volatility, EM, gold, junk bonds during 2Q. – Exchange-traded funds, it turns out, have become a favored hedging tool for hedge funds — so much that their use as short-selling tools in some respects rivals the use of single stocks as shorts.

Focus on Funds: – Useful TIPS: Your ETF’s more than an inflation guard. – The chief draw of Treasury Inflation Protected Securities versus other government debt: Their payouts are linked to the Non-Seasonally Adjusted, All-Urban Consumer Price Index, with a three-month lag. They’re linked, in short, to inflation.

aiCIO: – Equity-bond correlation will end this year. – Good news for diversification: the recent relationship between the returns of bonds and equities is about to end, according to fund manager Nomura. During periods of low yields, stock and bond prices returns should be expected to be correlated, the fund manager said. This means that as global bond yields begin to rise, the change in environment should also be good for equities.

Lexology: – Bond mechanics 201. – This week we continue our exploration of some important concepts of bond mechanics.  Let’s don protective eyewear, roll up our sleeves and prepare to get our hands dirty as we probe the inner workings of call protection.

Morgan Myrmo: – The 4% plan – A permanent income stream solution. – The “4% Plan” is a permanent income stream solution based off simple investing strategies suitable for any investor alive today, whether retired or saving, young or old, rich or getting-rich, experienced or inexperienced. This article will explain the plan and argue why investors, financial advisors and fund managers will trend toward portfolio investments that are yield-oriented for both income-oriented investors and savers alike.

Matt Tucker: – The difference between bonds and bond ETFs. – Welcome to the third installment of our master class on bond ETFs, where we go beyond the basics to help investors understand the mechanics and benefits of these innovative funds. So far, we’ve covered the three key elements of a bond ETF and the differences between bond ETFs and stock ETFs.

Bloomberg: – Brown spurs rally with school zero-coupon limit law. – Bonds issued by California school districts that defer billions of dollars in interest payments for decades are rallying to a five-month high as Governor Jerry Brown prepares to sign a bill limiting their use.

Long-term muni bond volume next week should total $4.01B, down from $4.80B this week, per Ipreo, The Bond Buyer and Thomson Reuters data.