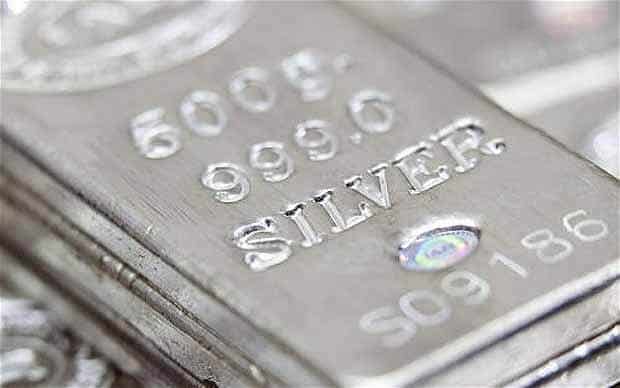 Sierra Metals Inc , Silvercorp Metals Inc  and Silver Wheaton Corp.  are just some of the firms leading Monday’s charge in the shinny metal sector. These companies are surging as high as 17 percent, while the price of silver closes in on $16.

Looking at the year-to-date returns of many stocks would have non-silver investors yelling “d’oh!”

Many U.S. and Canadian silver stocks have soared since the start of 2016. After putting forward tepid numbers in the last few years, many of the gold and silver bugs are finally starting to make money again. But is it too late to join this year’s rally in silver? Not really.

One of the companies that are leading Monday’s charge in North America is Sierra Metals. The mining firm traded once as high as $2.50 a share and provided a dividends of two cents a share. It then crumbled to as low as 84 cents and eliminated its dividend payments. It was a depressing 2015 for Sierra Metals.

How does 2016 look so far? Year-to-date, its stock has soared 66 percent to $1.70 a share. On Monday, shares climbed more than 17 percent, and it’s looking to rise even more in the coming months. Some investors are betting that it’s going to inch above its all-time high of just under $2.50.

Silvercorp Metals Inc surged about nine percent Monday, reaching close to $2.50 a share. Year-to-date, shares have skyrocketed an astonishing 262 percent. A handful of analysts say it’s still relatively cheap to own – its 52-week low was 60 cents.

Ditto for Silver Wheaton Corp. Its shares spiked five percent to $17.29. Year-to-date, it has gone up a healthy 39 percent.

As you can see, the sector is giving its patient investors superb performances thus far. Many are now wondering which silver firm can surpass the others. Where do you place your bets?

Of all the stocks, investors may be honing in on Sierra Metals and Silvercorp Metals. The reason why is just a few months ago these firms were considered penny stocks. Today, they’re some of the best performers on the New York Stock Exchange and Toronto Stock Exchange.

The question now becomes, when it comes to stock value, can these companies surpass some of its rivals? It’s true that their market capitalization are far below that of Silver Wheaton or Pan American Silver. However, there is enough momentum for these stocks to potentially hit $4 or $5 a share.

Right now, it really depends on the price of the metal. It’s been a long time since silver has touched $20 an ounce. Imagine if Peter Schiff, president and CEO of Euro Pacific Capital, was correct and silver did soar to $100 an ounce? There would be massive paydays for silver firms.

An array of contrarian investors, such as Jim Rogers or Marc Faber, have predicted that silver could eventually soar once inflation kicks in. So it’s possible that the smaller silver mining firms of today could get their chance to cash in on high prices in the near future.

You perhaps are wondering about silver’s big brother, gold. Well, all of the gold stocks are, too, surging. Not as high as their cousins, but these gold firms are seeing jumps of as high as seven percent.