For all the Windows users, Microsoft Corporation (NASDAQ:MSFT) has announced four new updates. As per the reports, users can install these critical updates by the end of this month. If you are using Windows 8.1 PC, then you may have to install as many as 12 updates for Windows and nine important updates for Office 2010. If you are a Windows 7 user, then you may have to install 12 updates. 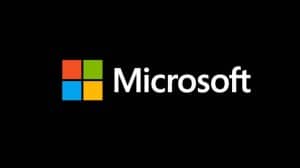 Insights On The Announcement:

Even though more than ten updates are pending in Windows, but still the collection of security bulletins doesn’t consist of more than four updates. These updates are regarding security, reliability and usual updates that are necessary for the overall good performance. Here is a list of these four updates –

Cumulative Security Update for Internet Explorer: This update addresses the slow performance and ten separate vulnerabilities. It is beneficial for those who use any version of the Internet Explorer.

MS15-033: This update is regarding enhancing the security of your computer or laptop. MS15-033 blocks a vulnerability called ‘use after free’ which could be harmful and lead to exploitation of codes remotely whenever users try to open ” specially crafted” document in Microsoft Office. It’s very critical for Microsoft Word 2007 and 2010, but very important for the 2013 version of the Word.

Microsoft bets on a secure future

Microsoft is currently trying to sell itself as a company that cares about corporate intelligence and enterprise services, so security is going to form a major part of the firm’s future going forward. With that in mind the success of updates like this are paramount in forming the company’s future. A single critical failure could do a lot to drive its customers into the arms of IBM, VMWare, or even Apple.