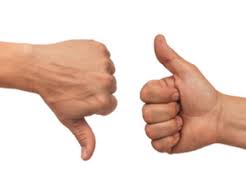 Microsoft Corporation announced Monday a $26.2 billion deal to buy LinkedIn. The acquisition is the largest ever in the software space, and among the biggest in tech history.

But neither of those failed to enthuse investors, with shares ending down over 2.5 percent for the session. Tuesday morning wasn’t too bright either, forcing traders to ask if all’s well with the stock. 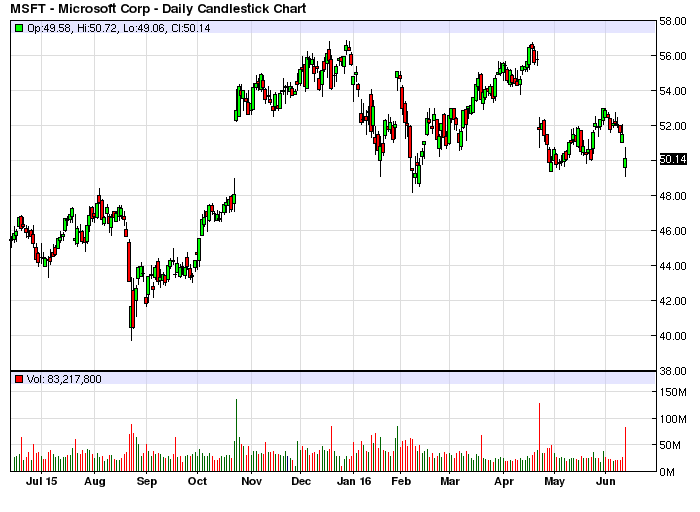 From a technical stand point, shares of Microsoft are perched at a very strong support zone after yesterday’s big decline. The area between $48 and $50 has seen multiple reversals in the past, increasing its importance as a price floor.

The stock is already is a medium term down trend. As such, any drop down below that support could see shares sliding all the way to $40. On the upside, a break out above $53, on significant volumes, could signal the start of an uptrend.

Can Microsoft Corporation Dodge Past Trend?

“Big deals don’t work,” Roger McNamee, co-founder of private equity firm Silver Lake Partners, said in a CNBC interview. “It is going to be hard to get the value out of this that I think they plan to get.”

McNamee was probably referring to MSFT’s other big multi-billion dollar purchases –the $7.2 billion it paid for Nokia’s handset unit in 2014, and the $6 billion for aQuantive in 2007. Both of them turned out to be “bad investments.”

And Microsoft is not the only one struggling to make its mega tech buys work. HP’s ill fated $25 billion acquisition of Compaq in 2002 was the main reason behind the ouster of CEO Carly Fiorina three years later.

But the biggest of them all was the $160 billion merger between AOL and Time Warner in 2001 that became the poster child of the tech bubble, and the ensuing burst.

However, not everyone is betting against the Microsoft-LinkedIn deal working. “With this acquisition, I am no longer worried about (Microsoft’s) growth rate…That is the real beauty of the deal,” according to widely-followed market voice, Jim Cramer.

Cramer notes that with over $100 billion cash in books, and a stock that’s fallen close to 10 percent since the start of 2016, that cash pile was doing absolutely nothing for MSFT. As such, the acquisition was additive.

David Yuan, a partner at Technology Crossover Ventures, was even more bullish about the deal. “You are going to see Microsoft emerge as a force to reckon with…competing with Salesforce.com head-on…as well as both grow and dominate the B2B marketing space,” he said.