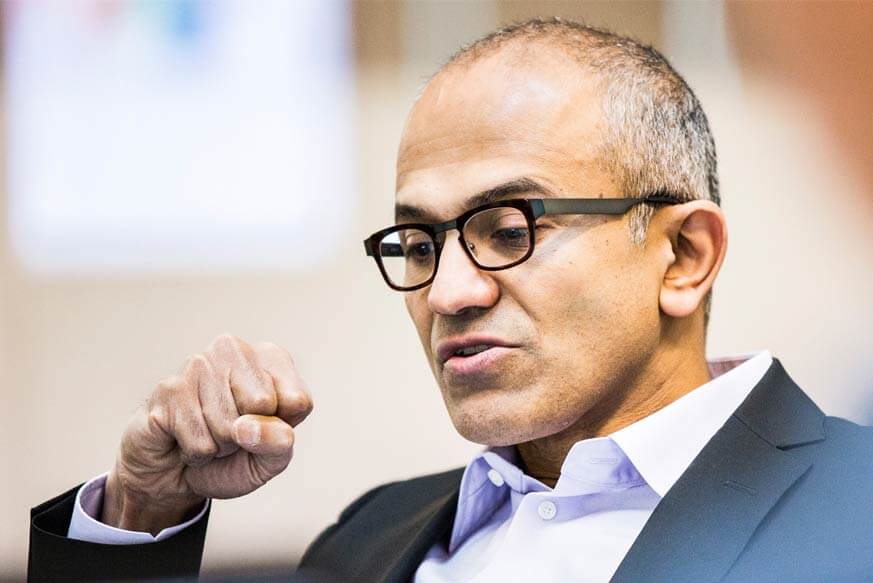 Microsoft Corporation is undergoing a number of significant changes under CEO Satya Nadella. The formerly sleeping giant is beginning to wake up. The days when Microsoft was considered the last of a dying breed of aging tech firms are over as the company more effectively competes with younger, nimbler tech firms such as Apple and Google. Microsoft is making news and innovative products to the market and its product launches are becoming exciting once again.

One of the major changes happening at Microsoft is a restructuring of the firm’s research segment. Nadella is pushing a revamping of the research arm of the firm as part of efforts to ensure that the best ideas make it to market instead of being forgotten in the lab in line with Microsoft’s old image. However, the firm’s reawakening to nimbleness in the tech space puts it in direct rivalry with relatively newer tech upstarts such as Apple inc. .

Bloomberg Business reports that Nadella has started revamping the process through which a research project will become a product. The old order of doing things at Microsoft   placed a sharp separation between the research group and the product teams. In fact, the research group was nestled away in isolation so that “researchers can envision the future without worrying about how their inventions will make money or fit into the company’s mission”.

Now, the ancient firm is embracing the new order of doing things in the tech space, as it wants to facilitate greater collaboration between its research groups and product teams. The firm has split its 1000+ person research group into two parts. The first half, now called MSR NExT will work on projects that can improve the firm’s product lineup. The second part is saddled with the task of pushing the frontiers of the tech space.

One of the outcomes of deeper collaboration between the research and product teams is the Skype Translator. Nadella saw a research project on speech recognition and AI and the tasked the product and research teams  to find a way to turn the project into a marketable product. The outcome is Skype Translator, which was ready for unveiling after three months – the firm is already shipping it out as part of Skype for desktop.

Microsoft has a target on Apple News app

One of the reasons Microsoft is revamping its strategy is to “quickly identify technology with the most potential and get it into customers’ hands before a competitor replicates it”. The firm is admittedly late to mobile and social media, but it believes that it can still catch up with the likes of Apple .  Tech Crunch reports that Microsoft has launched a Bing-powered news app called News Pro for iOS devices.

News Pro is built into iOS 9 and it offers iOS users a personalized experience that links them with articles that match their interests. News Pro also offers readers suggestions on sites and stories they may like. News app, even though it runs on Apple devices is powered by Microsoft’s Bing News and it uses your social network footprint to update your home feed with stories that match your interest.

Interestingly, Apple’s native News App is off to a rocky start because neither Apple nor the media firms that push their content to the app know the correct number of users. News Pro might end up to be the preferred news app on iOS devices because it allows readers to like and comment on stores within the app.  Tech Crunch notes that News Pro might be “a little undercooked for the time being”; yet, you can’t no denying the fact that Microsoft is getting active in mobile and it no longer a relic of an era long gone.