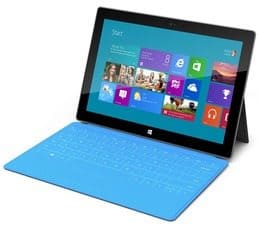 The stock market has soared recently and certain well rated tech company corporate bonds have fallen. Specifically, Microsoft and Intel’s bonds have dropped in price; the companies’ stocks have also lagged relative to the overall market, though Microsoft is once again closing in on $29 / share.

Early investors in these tech giants did very well, though now Microsoft has a $239B market cap and Intel has a $105B market cap, they are veritable Titanics. Both companies have more cash equivalents than debt, they also bring in approximately  $5B and $2.5B net income, per quarter, respectively. The fact is if / when near-term rates return to 4% or 5%, long-term issues with low coupons, such as these will drop in price. Given the fact inflation is around 2% (as measured by the Cleveland Fed’s median Consumer Price Index*) investors need to be concerned with three important points:

It is paramount to consider how bond investments relate to an overall strategy. Relative to treasuries, corporate bonds yield more; though some might say the U.S. treasury is more stable — technically Microsoft is rated higher overall, since S&P downgraded the U.S credit rating. Investors with an annual investment strategy, who plan to buy stocks and bonds each year, may consider conservative allocations to well rated corporate bonds a quality component underlying a portfolio of higher coupon bonds accumulated over time. Today Microsoft is one of the very few issuers of Aaa / AAA rated corporate bonds, though investors should realize both Microsoft and Intel’s businesses are complex, and certainly not free of risk.

The first chart shows the price of the 2041 bonds over the past year, the second chart shows the price of the 2032 bonds since they were issued in December 2012. Some investors would consider the drop in price on the 2041 bonds an opportunity, other investors might consider their current $105.88 price and 4.4% yield to be unattractive. Though the 2032 bonds trade under par currently, a 4% coupon may not be enough incentive for some, due to concerns about inflation, or desire for higher yield.

Once again, the rating is high and the yield is low; a disadvantage to Aaa rated bonds is their credit rating has reached the ceiling. An Aaa rating could be cut in the future, or it could remain the same. Berkshire Hathaway, for instance, had its credit rating cut by Moody’s from Aaa to Aa2 in April 2009, followed by a downgrade from S&P after the company took on billions in debt to acquire BNSF Railway. In order for Microsoft to compete and grow, we must wonder if they will ever take on significantly more debt, though the company has a massive $68B reserve of cash equivalents.

In the example below notice more is allocated to Intel’s bonds than Microsoft’s, to account for a possible fluctuation in credit rating, and to lean towards the higher yield. Investors contemplating such a strategy should consider whether $950 today is worth $35 a year in fixed income from Microsoft over the next 29 years (barring a default). Does the current credit quality make up for the lower yield, and can you pull profit from other positions to compensate for the expense of investing in Aaa or A1 rated bonds, at today’s prices:

You will notice I have added Apple to this example. Currently Apple has a 2.4% dividend, compared to Microsoft’s 3.2% and Intel’s 4.1%. Apple has also been in a sort of nosedive; the company has no debt (therefore no bonds) and a large cash reserve. Large investors have been divesting from Apple recently, though the company appears well positioned in the marketplace with popular technology products.

One reason to consider these companies is the fact they remain profitable, they have also trailed behind the overall market (this could mean they are undervalued, or that they are weakening.) The stocks pay dividends and the corporate bonds are trading under par; the older issues in the comparisons have declined recently, which may present an opportunity.

One could argue these companies are falling knives, though I do not see the same declines experienced by Dell and Hewlitt-Packard. What I see is profit, as well as consistent management, albeit slightly old guard compared to Facebook for instance. Now let’s look at the actual amount of income these portfolios should generate in a year; the dividend totals will be based on whole shares rounded for the approximate amounts in the example:

This may seem like a small amount of income, however remember the yield is less because the credit quality is higher. Both the stocks and bonds could potentially experience price increases or decreases; investors have the option to profit take, add more or cut losses. Ideally a portfolio that includes a layered position, of stocks and bonds, would consider holding each bond until maturity. Investors who buy more of the bonds, have greater latitude when it comes to profit taking, and keeping a smaller amount of the bonds. For instance if you buy 7 of the Microsoft bonds and the price goes up, you could consider selling 5 of them and holding 2 until they mature, though it is not a given that the price will go up, especially with a low coupon, and long-term maturity date.

Investors can further customize this example, or any group of stocks and bonds, by deciding to reinvest all dividends or select dividends; in addition to allocating fixed income to another stock, or an income fund. In this example, we could set Intel dividends to reinvest, and Microsoft & Apple dividends to pay cash. Over time the reinvested dividends should begin to generate more, as fractions of shares are accumulated. The cash could be used to go into a speculative stock or a high-yield income fund for instance. Thus ‘quality’ income could be used to attempt to increase the overall yield; in terms of speculative stocks I will pose two examples, recently I invested a small amount into a stock around $4 that jumped about $0.75 cents, however last year I invested in a stock around $5 a share that went bankrupt. This illustrates the risks, and supports the strategy that directs quality income in part to a diversified fund, such as an ETF that holds treasuries, corporate bonds or junk bonds.

If you have any thoughts pertaining to this example, or Microsoft, Intel and Apple please leave a comment below.

Disclaimer: This article is not a recommendation to buy or sell, please consult a financial adviser to determine proper allocations (if any) to meet your financial objectives. I am long Microsoft stock and bonds, Intel stock and bonds and Apple. Keep in mind this is an example, individual investors who favor different businesses could apply the template to a different selection of companies in coordination with their financial adviser. *For more info. on U.S. Inflation, review the Cleveland Fed’s Measuring Core Inflation page.