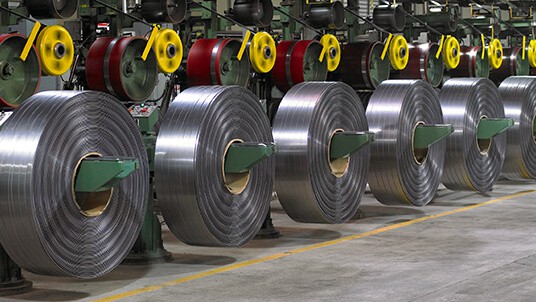 Metals manufacturing firm, Worthington Industries, Inc. , has acquired Net Braze. Net Braze is a US based firm that manufacturers solders, brazing alloys, and other similar products. Very few details have been released regarding the acquisition. There has been more significant news from this sector in the UK.

Just one day ago, Tata Steel announced that they will be will be shedding 1,050 jobs at their UK facilities. The vast majority of the 1,050 redundancies will be from their Port Talbot plant in South Wales. Tata Steel said that the these measures are required due to “extremely difficult market conditions.”This highlights the growing failure, and potential collapse of the UK steel industry. Just a few months ago, Tata Steel made around 2,000 of its workers redundant in their plant in Redcar.

Tata Steel’s Chief Executive of European Operations, Karl Koehler, said that he welcomed the progress made on energy costs in the UK. He also said that the UK government needs to do more to increase the competitiveness of the UK steel sector (he highlighted that lower business rates would be a good start.)

Despite the redundancies, there will still 3,500 remaining workers at Tata Steel’s facility in Port Talbot. The UK Prime Minister and leader of the Conservative Party said that he wanted a strong British steel industry. He also said that he will work closely with firms and local communities to ensure that people get the right training, and the assistance they need.

Analysts believe that the main reasons for the UK steel industry’s lack of competitiveness is because of high energy costs and a strong pound. The availability of cheap steel from China is further accentuating the issue.

If serious measures are not taken to increase the international competitiveness of the UK steel industry, then we could see a further decline in the number of people employed by firms such as Tata Steel in the UK, as they may continue to cut back their UK operations and potentially move abroad.