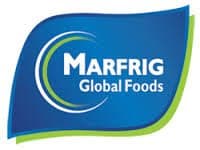 Even Marfrig Global Foods SA that won upgrades from two ratings companies in the past five weeks and the hamburger meat supplier for the McDonald’s Corp. was not able to overcome investors’ growing discontent over Brazil.

In a statement yesterday, the Sao Paulo-based company said plans to sell seven-year bonds abroad after yields demanded by investors did not meet its target were cancelled. This bond sell would have extended a nearly two-month drought of offerings for junk bonds from Brazil.

An individual close to the matter who preferred not to be identified due to confidential information said that the meatpacker wanted an interest rate less than 8%. This past June, 6.875% was paid to sell $850 million of notes coming due in 2019.

However, Marfrig could not persuade investors to accept lower yields at a time when a broadening corruption investigation at state run Petroleo Brasileiro SA and handling by President Dilma Rousseff of the economy that are roiling the nation’s financial markets was going on, this according to Mitsubishi UFJ Securities and GAM UK Ltd. On November 4, Marfrig’s credit grade was lifted one level by Fitch Ratings, following a similar move two weeks prior by Standard & Poor’s.

Bevan Rosenbloom, strategist at New York’s Mitsubishi UFJ said the country is currently in the early stages of what could be a significant disruptive event. Therefore, it would be difficult to see new deals out of Brazil for the rest of 2014, adding that this is not really an opportunistic market for issuers.

One of Marfrig’s press officials who also asked not to be identified in line with company policy declined to make any comment pertaining to the bond offering. The company did make a statement yesterday saying that price levels indicated by investors did not meet the original price target set by Marfrig.

Within the past three months, Brazilian companies have sold $3.3 billion of bonds overseas, a decline of 50% from the same period last year, this according to data compiled by Bloomberg. During the same time span, emerging market corporate issuance in dollars climbed roughly 8%.

The plan was for Marfrig to use the money from the bond sale to buy back $775 million of notes due in 2020, which would have been the fourth repurchase in the last year to trim costs for debt servicing and extend maturities. This year, yields associated with those notes dropped 2.9% points to 8.22% in early morning trading. As far as borrowing costs for emerging market junk borrowers, there was little change within that same span at 7.4%.

Plunging this week were Brazilian assets, while currency slumped to a nine-year low following two former Petrobras directors, as well as a group of construction company executives being arrested by Federal police as part of a probe into growing bribery.

The investigation comes at the same time investors are showing concern that Rousseff, who was re-elected last month it not unveiling policy changes to revive an economy deep in recession and plagued by inflation quickly enough.

Klaus Spielkamp, head of fixed income sales at Bulltick LLC said that while things are going well for Marfrig, the timing in Brazil is bad. He added that the first things clients want to know is what is going on with Petrobras. For there to be issuance, the market needs to calm down.

When asked for comment on the impact of the corruption investigation and the government’s policy announcements on Brazil’s investor perceptions in an after business hours email, the president’s press office provided no reply.

Marfrig’s inability to sell bonds will not hurt the company’s rating, this according to Flavia Bedran, analyst at S&P. The S&P raised the assessment to a B+, four levels under investment grade but in line with Fitch, on October 16.

In a telephone call, Bedran said that operations had improved and Marfrig has shown resilience. The company has done its homework specific to extending maturities and reducing debt costs.

Brazil’s problems are increasing odds of the country having its rates cut, this according to Paul McNamara, money manager responsible for overseeing $6.3 billion of debt at GAM.

The S&P reduced Brazil’s rating to BBB- in March, one level above junk while citing Latin America’s deteriorating fiscal accounts and slump in its biggest economy.

McNamara said that additional downgrades are given, particularly considering the current lack of engagement by the administration. Currently, Marfrig has a B rating. Therefore, a downgrade of the sovereign ceiling will have no effect on the company although perceptions are colored.