On Monday, news broke that Henrik Fisker was working on a ‘Model S killer’ that would debut in 2019. Musk may be ROTFL because Fisker wants to kill a 2014 Model S; whereas, Tesla has moved forward with the Model X, the mass-market Model 3 and possibly, the Model Y crossover. Now, Maserati has entered the fray with plans to build and EV. The more interesting point is that Maserati thinks its EV will be too good to be benchmarked against Elon Musk’s EVs. 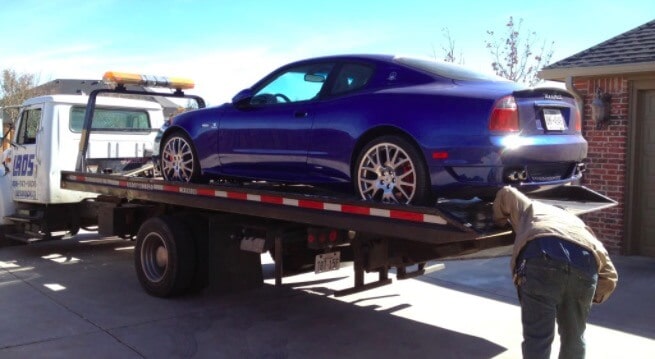 Tesla cars are not a good enough benchmark for EVs

Tesla Motors Inc should get ready to share the EV market with luxury automaker, Maserati as early as 2019 or 2020 at the latest. Maserati engineering chief Robert Fideli while speaking with Car and Driver revealed that a Maserati EV is in the works. He says, “I think that we could show something before 2020. Maybe 2019… We are working to be ready with something that we can show during the next couple of years.”

Tesla is doing a great job of shoring up its defenses so that it doesn’t lose its market lead as other firms start to show serious interest in the EV market. However, Maserati says it is not coming to the EV market to compete with Elon Musk’s firm because Tesla’s EV are more or less crap and Masarati won’t dignify Musk’s crappy cars by benchmarking its EVs against a Tesla.

Fideli thinks saying that Maserati wants to build “a Tesla fighter probably [is] not a good idea.” Fedeli says “I don’t think that Tesla is the best product in the market but they are doing 50,000 cars a year… The execution and quality of the products of Tesla are the same as a German OEM in the 1970s. Their solutions are not the best.”

Maserati is not qualified to talk about crappy cars

Tesla Motors Inc has had some issues with its cars in the recent past especially with Autopilot. More so, Consumer Reports has not ranked its Model X favorably for reliability because of host of mechanical and electrical issues. Nonetheless, Maserati doesn’t just qualify to diss Elon Musk about building reliable cars because Maseratis are the kings of crappiness on the road.

At the end of 2015, Maserati along with Bentley and Jaguar were at the bottom end of the list of the most unreliable cars in Britain. Conversely, the Model S caused Consumer Reports to recalibrate its rating in that same year when it scored the highest rating ever for any car ever tested. In fact, Musk’s EVs appear to be the only cars north of the $100,000 price point that doesn’t require their owners to prepare for huge unexpected service bills.