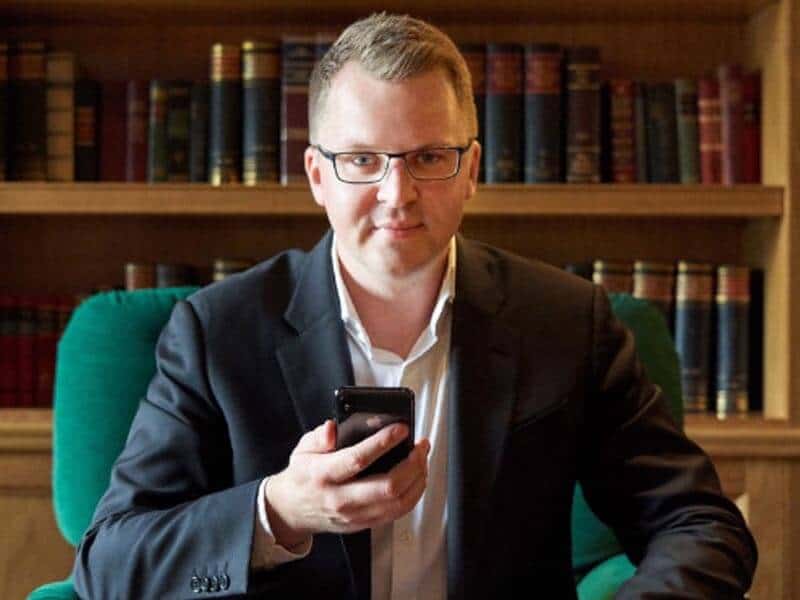 As we sat across the room from Marvin Steinberg at the LearnBonds  City office, it is clear he has a passion for his latest venture – the importance of security token offerings (STOs) for businesses. He said he is putting in the work needed to make people aware of security tokens so that firms can move past the fees and hurdles associated with traditional finance and attract funding using security tokens.

“STOs can help businesses can get more funding without the struggle of traditional fundraising.”

As the market has already advanced, some people are being attracted to initial exchange offerings (IEOs). However, the truth is that IEOs also put the risk on entrepreneurs as they are not regulated and a few cryptocurrency exchanges are even reported to be faking their trading volumes. In view of this, Steinberg says that developed firms and high-value startups can gain much by seeking security tokens sales. He remains hard at work, in a bid to create awareness about the benefits of security tokens.

Moreover, Steinberg stated that his company has come up with “a two-minute STO questionnaire that, once entirely done, reveals whether beginning an STO can help specific businesses get more funding and develop their businesses without the struggle of traditional fundraising.”

He added: “Quick and simple awareness techniques are vital to developing the blockchain industry as well as the STO market.”

“STOs contain all the positives of an Initial Public Offering [IPO] minus the negatives.”

Steinberg has also driven mainstream adoption for tokenized buildings and bonds with regulators across Europe.

He said, “There are now many European startups that seek to conduct STOs because they now know that STOs contain all the positives of an IPO minus the negatives.”

He added that STOs are utilized for the issuance of security tokens, which are regulated offerings that provide investors the same protections and rights that would come with an IPO.

He said: “STOs don’t have the level of red tape as an IPO would. And the reason for that is because STO technology entirely changed the way how things work by fixing all the issues with ICOs, in addition to providing more flexibility. The numerous experience accumulated by entrepreneurs during the ICO boom made them realize that is vital to always comply with existing rules and regulations.”

Steinberg added: “CPI Technologies, an STO technology provider company, is created to open its clients businesses to safe global investments, come up with a unique way of how conventional securities circulate, revolutionize capital markets and offer companies with a simple yet effective tool they can use to access the global capital market.”

“CPI Technologies protects both the investors and business owners.”

In addition, Steinberg’s company, CPI Technologies, one of the best known STO providers, facilitates a better legal relationship between investors and entrepreneurs. This solves another big issue that ICOs faced, which is the lack of adequate protection for investors.

Also, Steinberg said: “IPOs are still dominated by traditional investment banks and an IPO requires massive bureaucratic hurdles. But that’s not the case with STOs. A security token allows startups as well as enterprises to tokenize assets and issue them on a blockchain while retaining legal security that would otherwise draw institutional investors to only IPOs. “

Who is Marvin Steinberg? 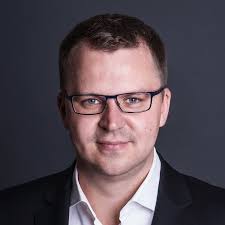 Marvin Steinberg is a reputable German serial entrepreneur, who after conquering the German energy startup sector, has joined the blockchain industry to mainstream security token offerings (STOs). The businessman came up with a plan that revolutionized the German energy industry after suffering an injury that abruptly put an end to his developing sports career.

“I was the first to entirely leverage the full capability of online marketing in a considerably predominant offline market, which is well-known for employing outdated techniques, ” said Steinberg. “Upon noticing this distinctive opportunity, I successfully coupled my rooted marketing expertise with my innate ambition to progressively build a revenue-generating technique that can produce significant additional profits in record time.”

“The key to this effective technique was my ‘affiliate army’ and numerous salespeople who are cold calling, knocking on doors and hustling under my guidance. Unsurprisingly, this highly reliable and effective salesforce ultimately shattered every sales record, generating more than 5,000 contracts every month and millions worth of dollars of additional profit, compared to the traditional methods.”

Steinberg added that he is very good on the phone and enjoyed selling, but later realized that he could not work as a salesman forever. That’s why he built a network of salespeople to do it for him. There were affiliate spaces before he came along, but his approach made the difference. He was the first person to employ online marketing to look for other sellers in large numbers and make them join his team. This resulted in huge leverage.

Moreover, he mentioned that he was the one who discovered a new way of online marketing for the energy sector. He utilized PPC advertising, SEO and affiliate marketing. Thanks to his efforts, German energy firms were able to scale up their revenues.

How were you able to dominate the blockchain industry?

A few years later, his system became self-sustaining so he sold the business to an American company, making a very successful exit.

However, he did not stop there. Marvin Steinberg soon ventured into a new space, the blockchain industry. He co-founded CPI Technologies, and this venture helped a couple of other companies come up with their own successful STOs.

After making his successful exit in 2016, Steinberg said:

“I noticed an unstoppable trend rising in the blockchain and cryptocurrency industry that would revolutionize the economy as we know it. However, at the time, the innovative market was still in its infancy, and it was the perfect opportunity to dive in before others could position themselves as leading experts in the crypto field. When the blockchain market did mature, our company, CPI Technologies was good enough to take on the biggest and most complex projects internationally.”

Steinberg teamed up with Maximilian Schmidt, who he considers an expert in technical crypto solutions. Schmidt was made the company’s CEO to incorporate his experience in building successful companies, to grow CPI Technologies and turn it to be one of the global leaders in STO solutions in just a few years.

This power duo was able to achieve excellent results within just two years after launching the company. Below are some of their company’s achievements.

How did you become a global leader in record time?

He said: “Our company is the only business facilitator and blockchain growth promoter that helps businesses sell more of their products through STO crowd-sales. CPI managed to accomplish some major deals due to the services it offers. Our services include the token sale dashboard, full legal support, venture tokenization, STO advisory services, full-stack marketing and project image cultivation among others.”

As the crypto industry continues to grow at a high rate, more and more businesses are scrambling to get a share of the market. Steinberg and CPI Technologies believe that blockchain tech and STOs can have excellent benefits for fundraising and meeting factors that would otherwise not be possible through traditional finance.

What is your business relationship with Karatbars?

Marvin Steinberg and his company MyICO Agency or Steinberg Marketing GmbH were appointed with the creation of a coin as well as an execution of an ICO in December 2017. Steinberg presented himself as the number one ICO agency in Europe and is still doing so today with CPI Technologies.

He said: “Our agency designed and created the KBC Coin based on Ethereum. We had access to the 12,000,000,000 coins. As we had agreed, we developed a website for KaratGold and managed the revenue generated from the sale of coins. We were paid an amount of $2.8 million by Karatbars, a Stuggart-based firm that trades gold in small denominations, for the website creation and the organization of listings on cryptocurrency exchanges among other crypto-related services.”

Passing on the Torch

Now, after building a multi-million dollar empire, Steinberg said: “We aim to help other business enthusiasts turn their vision into reality. Through Steinberg Invest, we have already seen dozens of businesses rise past the seven-figure mark, mainly via my vast experience as a successful entrepreneur, extensive network, industry knowledge as well as hands-on mentorship technique.”

Before the end of the interview, Steinberg shared his plans.

He said: “We plan to help even more businesses, either through partnering with them directly or through moulding their marketing via Steinberg Marketing, which is a data-driven, ROI-centric marketing agency. We are now on a journey to assist high-potential startups as well as established ventures to get past their hurdles and become global players by levering my experience, technological resources and network.”