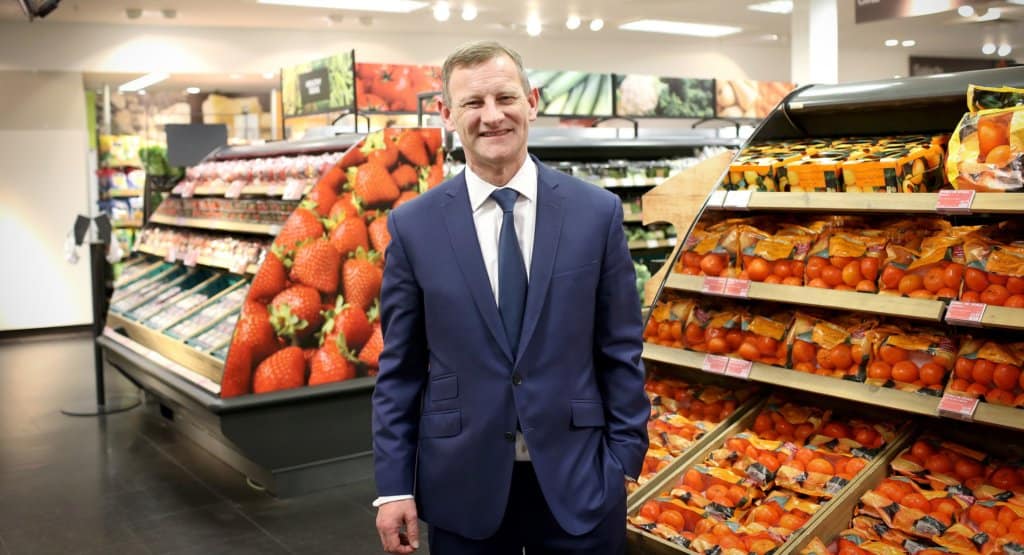 A flurry of the UK’s biggest firms suspended dividends in a battle to shore up their balance sheets as business volumes collapse due to the coronavirus.

Marks & Spencer, Travis Perkins, JD Wetherspoon and Intercontinental Hotels told the markets today they would suspend investor payouts as they struggle to cope with a fall-off in customers while trying to avoid laying off thousands of workers.

Retailer Marks & Spencer said it “does not anticipate” paying out a final dividend in this financial year, after seeing “substantial sales declines” in the clothing, home and international business.

It added it would also freeze all staff pay rises. The clothing and food chain, led by chief executive Steve Rowe (pictured) said it would spend only around £80m in capital investment in its 2020-2021 financial year, out of its £400m budget.

Hargreaves Lansdown equity analyst Sophie Lund-Yates said: “This is going to be a particular challenge for M&S as the clothing & home business has been struggling for a while. With lockdowns and closures disrupting trading in its international markets too, the pandemic situation is likely to really hurt the group’s top line. That will then feed down to weaker margins. If less stock is shifted and the group’s left with piles of inventory it will need to slash prices in order to sell it at a later date.”

Shares fell just under 6 per cent in morning trading.

Pub group JD Wetherspoon said it had axed its £4.2m interim dividend, telling investors it is impossible to forecast how the business will perform this year.

Founder and chairman Tim Martin said: “It is obviously very difficult to predict, in these circumstances, how events will unfold in future weeks and months, but we now anticipate profits being below market expectations, so long as the current health scare continues.”

He added: “As a result of this uncertainty, it is impossible to provide realistic guidance on our performance in the remainder of the financial year.”

Intercontinental Hotels, which owns Holiday Inn and Crowne Plaza, is cancelling a £130m dividend announced just last month and said it would cut capital spending by £70m this year.

The group said it was seeing the lowest ever levels of demand to stay at its buildings, with bookings collapsing 90 per cent in China during January and February.

Builders merchants Travis Perkins also said it was shelving its £83.2m dividend and “pausing” the demerger of its Wickes DIY chain due to slowing trade as a result of the health scare.

Investors lined up for ‘one-two punch’

He said: “Short-term investors will have to stomach the one-two punch of both a decline in capital – falling share prices – and a reduction in income.

“In a worst-case scenario that the coronavirus cannot be contained quickly, the income issue could become much more severe as historically dividends have accounted for a large proportion of the overall returns for investors.”

Mould added: “As a small mercy, most of the companies suspending their dividend did actually see their share price go up on the news. That is the market’s way of showing relief that the dividend money is being put to good use inside the business rather than being given away.”