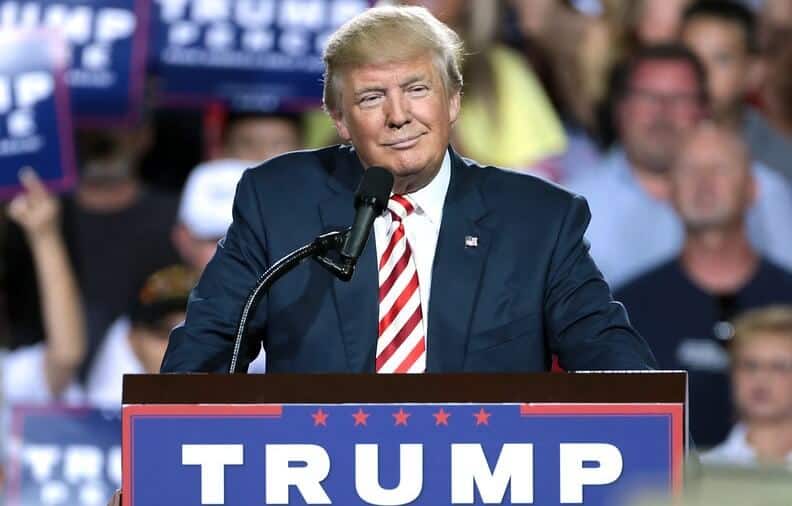 Futures contracts tied to US stocks jumped on reports that the Trump administration is dusting off proposals for nearly $1trn infrastructure spending to spur the world’s largest economy back to life as it bids to put the coronavirus pandemic behind it.

The plans are being drawn up by the Department of Transportation and would see most of the money earmarked for traditional infrastructure work, such as roads and bridges, but would also set aside funds for 5G wireless infrastructure and rural broadband.

US President Donald Trump is scheduled to discuss rural broadband access at a White House event on Thursday.

Stocks were also lifted after The US Federal Reserve said on Monday it would begin buying individual corporate bonds on top of the exchange-traded funds it is already purchasing, as part of the central bank’s continuing effort to support financial markets and ease credit conditions.

In London, FTSE 100 jumped on Tuesday up 2.5% on stock trading, with the index driven by gains in the oil, consumer goods, tobacco and construction sectors. And overnight, Hong Kong’s Hang Seng index advanced by 2.6% with energy, technology and consumer non-cyclicals the best-performing sectors.

“Just as markets were starting to weigh up the prospect of another prolonged sell-off amid coronavirus second wave fears, talk of a $1trn infrastructure plan being considered by the Trump administration has put a rocket under stocks again,” said Russ Mould, investment director at AJ Bell.  “Also driving sentiment was the start of the Federal Reserve’s corporate bond buying programme.”

A date for a formal announcement of the spending plan could come on 30 September, when a US infrastructure funding law existing comes up for renewal, said Bloomberg, citing unnamed people familiar with the White House plan.

Politicians across the spectrum agree on the need to upgrade America’s crumbling roads and bridges.

Trump has called for more infrastructure spending since his 2016 Republican presidential campaign, but has never been able to get his proposals past Democrats.

However, he is understood to be prepared to try again to help kick-start the US economy ahead of November presidential elections. He currently trails Democrat rival Joe Biden on most national polls.

Any effort to rebuild America’s ageing infrastructure would not only benefit construction firms, but private equity as well as infrastructure and pensions funds who might be expected to help pay for the new building work.

“The Trump infrastructure plan will turbo-boost any individual companies and sectors, likely to have even a sniff of part of the action,” said Jeffrey Halley, market analyst at Oanda.

The White House did not comment on any specific building plans.

However, White House spokesman Judd Deere said: “Since he took office, President Trump has been serious about a bipartisan infrastructure package that rebuilds our crumbling roads and bridges, invests in future industries, and promotes permitting efficiency.”

Trump last came close to a bipartisan infrastructure agreement was in May 2019, but Democrats said the president walked out of a meeting on a $2trn plan and vowed not to work with them unless they stopped investigating him and his administration.

Congress has passed more than $2trn of support measures to curb the effect of the pandemic after large parts of the US economy spent months in shutdown to halt the spread of the virus. Further aid packages from lawmakers are expected to follow.

On Monday, Mary Daly, president of the Federal Reserve Bank of San Francisco, in a speech urged politicians to invest in infrastructure to spur growth.

Daly said: “Now is an especially good time to take on this type of debt. Even before the crisis, we were in an environment of low interest rates – and that is expected to continue for the foreseeable future. This makes public spending relatively cheap and easy to finance.”