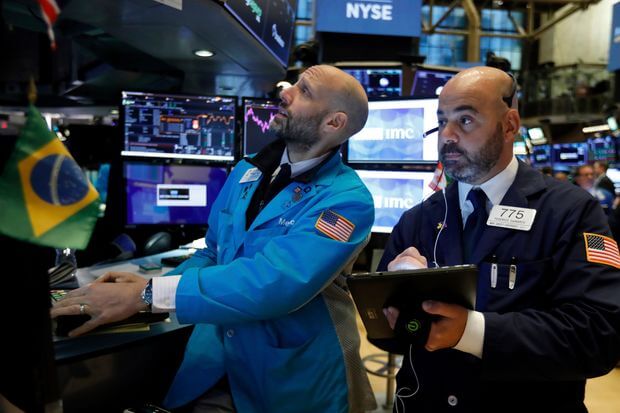 The US and world markets are opening the week strongly after coronavirus fears wiped $6trn from markets last week. Investors are buoyed by comments from central banks, including the Federal Reserve, that they will support their economies through this crisis.

Dow Jones Industrial Average futures rose 1.89 per cent while S&P 500 futures grew 1.60 per cent and Nasdaq Composite soared 1.5 per cent on Monday. All three US indices turned negative for 2020 after declining more than 10 per cent last week.

“We expect the Fed to cut interest rates by 50 basis points soon, perhaps even before their next scheduled meeting March 16-17. That move would be followed by another 50-basis-point cut in the second quarter, and would be part of a coordinated effort by the world’s central banks to cut interest rates,” said economists at Goldman Sachs.

“This is easily going to spill over into the second quarter,”  Peter Tuz, president of Chase Investment Counsel in Charlottesville, Virginia told Reuters. “There isn’t a day that goes by now without half a dozen companies expecting some sort of negative effect.”

US Federal Reserve chairman Jerome Powell said it is closely watching the impact of a virus outbreak on markets and we will use various tools to support the economy.

Investors are speculating about rate cut of almost 10 basis points from the European Central Bank after policymaker Francois Villeroy de Galhau today said it could do more if needed.

“If more was needed and we were convinced that it would be effective, then we can do more, but we are not there yet,” Villeroy said.

The Stoxx Europe 600 Index jumped as 17 of 19 industry sectors are showing gains. Chinese markets were also in green territory despite a higher than expected drop in manufacturing numbers. England’s FTSE rose 1 per cent as The Bank of England has indicated to help in stabilizing financial markets.

“The global nature of the problem calls for a global response, a coordinated easing avoids the risk of competitive devaluations, and the coordinated actions during the financial crisis were considered especially helpful,” Bill Nelson, executive vice president, and chief economist at the Bank Policy Institute.