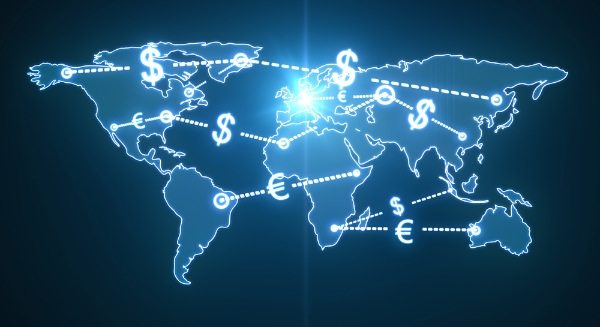 Trying to understand the movement in the bond market this year has been perplexing for many.  Perhaps it would be instructive to listen to someone who “got it right” so far in 2014.  If you are interested I would highly recommend reading the interview with Steven Major, global head of fixed-income research at HSBC Holdings, PLC, which appeared in Wednesday’s Wall Street Journal entitled “The Man Who Saw It Coming.”

On December 31, 2013, the yield on the 10-year Treasury closed a little above 3.00 percent.  Most analysts expected that the rate would go up during 2014, reaching at least 3.25 percent…and with some predicting something in the neighborhood of 3.50 percent.

This seemed to be some good reasons for the expectation that rates would rise.  First, it looked as if the US economy was picking up steam.  After a relatively anemic 2012 and 2013 where the growth rate was in the 2.0 percent to 2.5 percent range, it looked as if real GDP would come in somewhere around 3.00 percent in 2014.

Third, it was believed that European financial markets would continue to recover and as they did the “risk averse” money that had formerly come to the United States seeking a “safe haven” would begin to flow back to Europe.  This would mean that the yield on the Treasury Inflation Protected securities, TIPS, would also rise.

What did Mr. Major see that led him to expect lower interest rates rather than higher ones.  Well, Mr. Major argued, “Globally, if we put together all the central banks, including the Federal Reserve, and sovereign-wealth funds, something like 50 percent of the overall dollar amount of US Treasury bonds outstanding has been taken out of the market.”

And, these purchasers were buying securities for reasons other than yield.  For example, many of these buyers acquired Treasury securities” to manage their foreign reserves.”

In addition, Mr. Major adds, “a shrinking fiscal deficit resulted in a reduction of new Treasury debt sales….The flow of new US Treasury bonds is approximately half today what it was 18 months ago.”

Furthermore, investors did not move money back to Europe…or to Japan…because rates in these countries remained extraordinarily low.  “The 10-year Treasury note’s yield is over four times the Japanese government bond and more than twice the 10-year German government bond.”

Another factor that entered into the equation was the value of the dollar.  “A rising dollar contains inflation because of cheaper prices on imported goods.  If this trend continues, it would put downward pressure on US inflation.  This would be supportive for long-dated US Treasuries, all else being equal.”

Second, there is the uncertainty in the geopolitical world with the conflicts in the Middle East and Russia looking as if there will be major disruptions for some period of time.  In such an environment, investors will continue to keep funds in countries they consider to be “safe havens”.

For 2015, Mr. Major believes that the yield on the 10-year Treasury will continue to trade in the 2.00 percent to 2.50 percent range for much of the year, with rates closing around 2.50 percent toward the end of year.

The area that Mr. Major believes could upset this forecast is in the area of wage inflation.  Wage inflation has been exceedingly low in recent years.  This, he believes, is one of the reasons why there has been very little pressure on prices, which would result in higher prices.  Of course, the weak economy along with structural problems in the economy has kept wage inflation down.

If, wage inflation starts to rise over the next year or two, this will put more pressure on businesses to raise prices.  If investors see this movement starting to take place they will build the situation into inflationary expectations…and this will cause longer-term yields to move further upwards.

I found the reporting of this interview to be quite interesting.  What it does, more than anything else, is to inform us as to the role that foreign happenings are now impacting United States bond markets.  The bond markets are now, truly a part of global financial markets.

We, as investors in bonds, cannot ignore what is going on in the rest of the world and how these global events can impact flows of funds throughout between countries.

This might cause us to be a little cautious of Mr. Major’s forecasts for 2015 because he does not include…at least in the write-up of his interview…any foreign events that might influence interest rates in that year.

In this connected real world, we cannot avoid consideration of these possible foreign events.