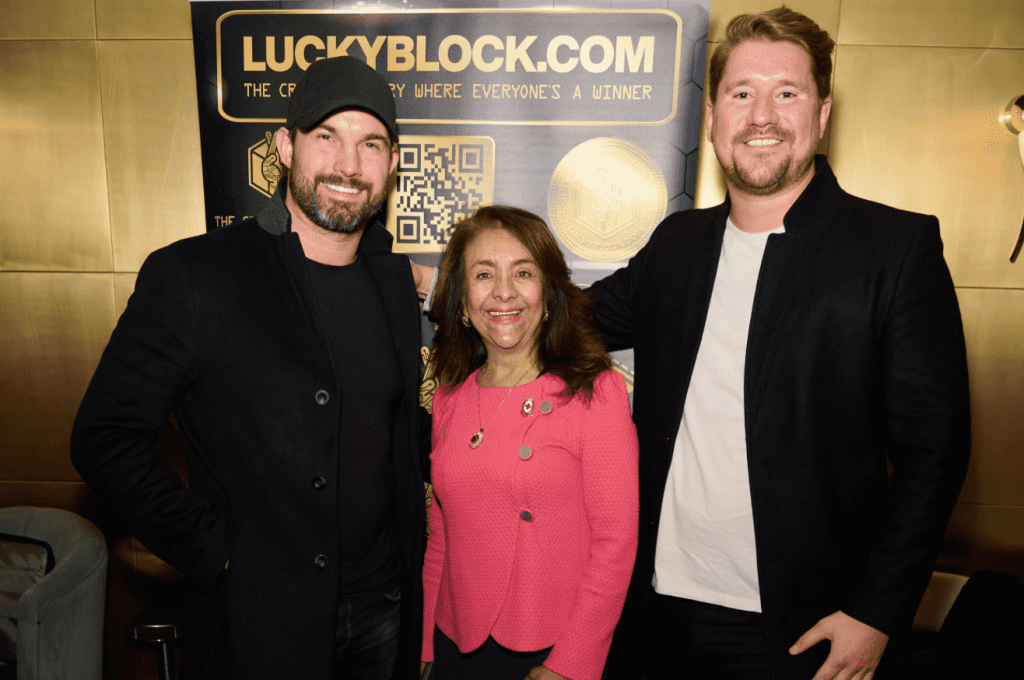 Exciting crypto-lottery platform Lucky Block, set to be launched in Q2 2022, has recently made a sizeable donation to the British Red Cross. Lucky Block’s developers donated $5000 (£3665) to the charity, which will aid in helping people in crisis and other humanitarian causes.

This donation is set to be the first of many made by Lucky Block, as ‘giving back’ is a critical component of how the platform aims to operate. A portion of every prize pool within the lottery platform will be donated to charity, giving Lucky Block users the chance to make the world a better place simply by being involved in the platform. As such, the platform’s tagline, “Everyone’s a Winner”, certainly seems appropriate.

Lucky Block Looks to Make Waves in the Lottery Industry

The premise behind the Lucky Block platform is to utilise leverage blockchain technology to improve on legacy lottery systems. For years, these systems have been plagued by a lack of transparency and are often run by profit-hungry companies, with no attention paid to entrants. Since Lucky Block will host its prize draws on the blockchain, all transactions will be publicly available on the ledger, improving transparency and fairness.

What’s more, Lucky Block’s native token, LBLOCK, will have a variety of use cases – even allowing holders to vote on specific proposals and have a tangible impact on how the platform operates. The buzz around the project is already growing, with Lucky Block CEO Scott Ryder attending an exclusive drinks reception in Mayfair, London, to make the British Red Cross Donation. Alongside him, many other high-profile names were in attendance, such as Drum & Bass duo Sigma, model and former Love Island contestant Jamie Jewitt, award-winning singer Sonique, R&B singer Kele Le Roc, and others.

As noted in the Lucky Block whitepaper, LBLOCK will play a crucial role in the Lucky Block ecosystem, with users able to buy lotto tickets using the token. Furthermore, prizes will be paid in LBLOCK, meaning winners can receive pay-outs much quicker than traditional lotteries. Finally, a portion of LBLOCK will be ‘burned’ after each transaction, which reduces the overall supply over time and makes the remaining tokens scarce – which increases value. 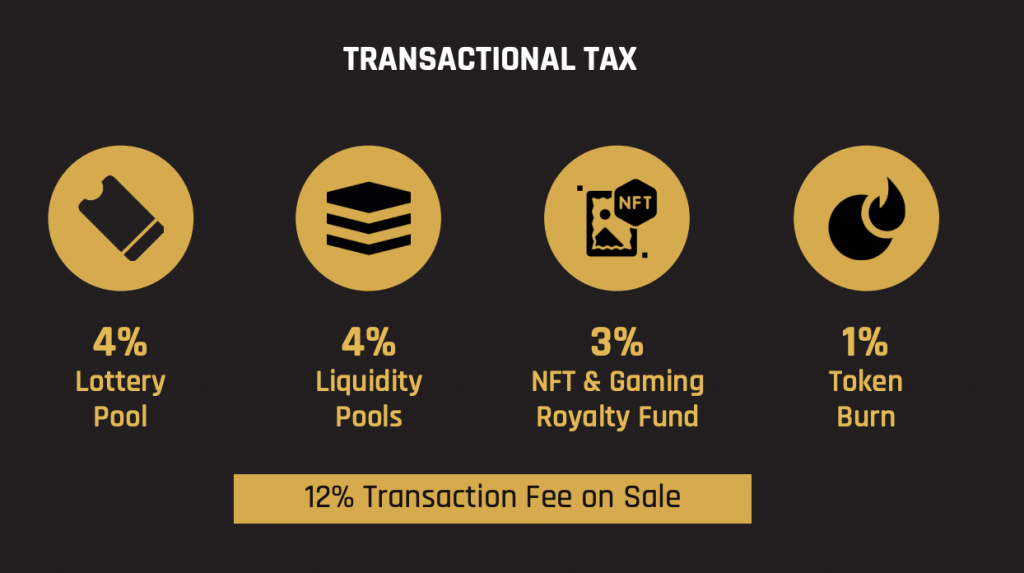 Lucky Block’s team is already ramping up marketing efforts and has signed deals with three leading bar chains in the UK to host regular lottery-focused events. Alongside these marketing efforts, regular donations will continue to be made to charitable causes throughout the UK. When asked why Lucky Block chose the British Red Cross for their first donation, CEO Scott Ryder said, “The Red Cross operates in 192 countries across the globe, so what better charity to donate to for a global lottery like Lucky Block. I am pleased to say that this will be the first of many donations that Lucky Block will be making to the Red Cross.”

The hype around Lucky Block has already spread far and wide through social media and mainstream outlets – and numerous celebrities are already taking note. Jamie Jewitt, the former Love Island contestant and model, has been brought on board as an ambassador for Lucky Block. Jewitt has extensive experience in cryptocurrency trading and is looking forward to playing a part in Lucky Block’s growth.

“I’ve invested in crypto for 4 or 5 years – I believe it is the future.”, Jewitt said. “My little girl is going to be paying for everything in cryptocurrency when she’s older. It’s important that people realise it is here to stay. I’m always looking out for new and exciting projects, and given my history working for charities, it was fantastic to come across Lucky Block.” 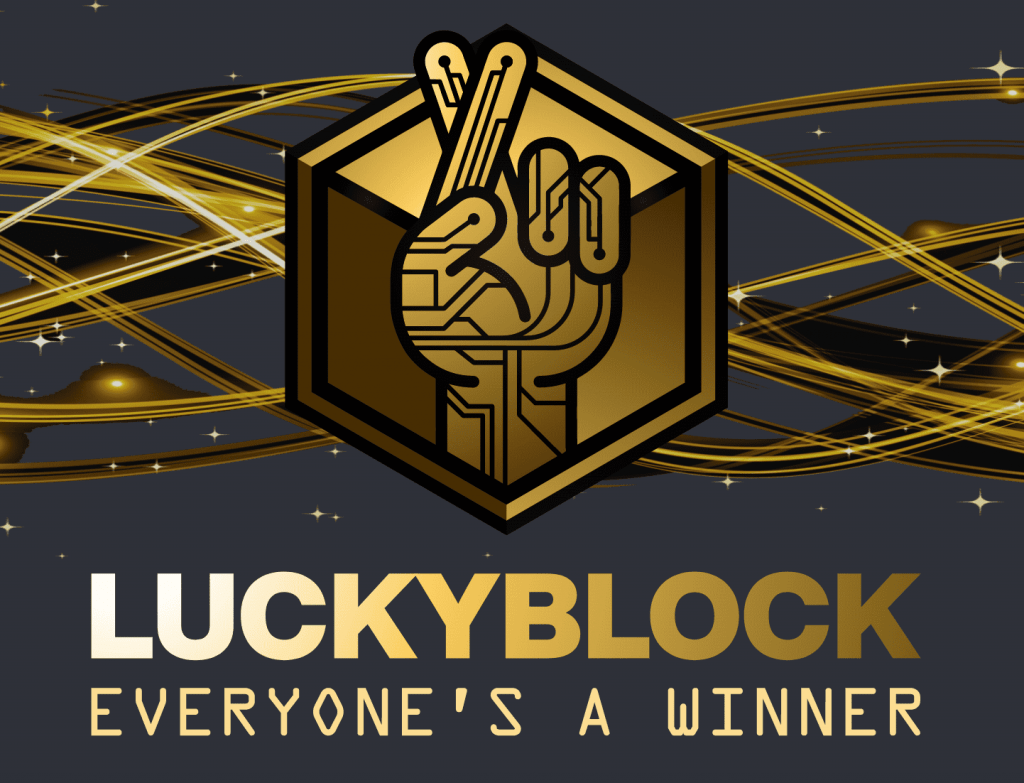 One of the key elements that attracted Jewitt to the platform was Lucky Block’s unique take on its token structure. Jewitt remarked, “Not only is Lucky Block going to be giving 10% of every jackpot to charity, which will raise hundreds of thousands of pounds for charities over the years, it also has many other different safeguards in place to make it a very fair, safe investment. They have an anti-dumping scheme and other mechanisms to stop people manipulating the price, which is a very key thing with altcoins and these new coins coming through.”

2022 Could Be a Big Year for Lucky Block

Going forward, the future looks bright for Lucky Block. The platform is currently in the ‘pre-sale’ phase, meaning early investors can purchase LBLOCK tokens at a reduced price point. Ultimately this provides scope for returns to be made if the LBLOCK price were to rise after the platform launched in Q2 2022.

Lucky Block’s development team are already conducting extensive marketing activities in anticipation of this launch. A vast TFL campaign has been commissioned, alongside the promotion of the Lucky Block telegram group – which already has over 17,000 members.

These marketing efforts, combined with social media hype, have enabled Lucky Block to raise over £3m through the pre-sale. This has caught the attention of numerous mainstream media outlets, with The Herald and The Economic Times of India both mentioning Lucky Block. As we progress through 2022, we’ll likely see this buzz continue to grow – meaning it could be an excellent year for the Lucky Block platform and its investors.

Connor is a Scottish financial expert, specialising in wealth management and equity investing. Based in Glasgow, Connor writes full-time for a wide selection of financial websites, whilst also providing startup consulting to small businesses. Holding a Bachelor’s degree in Finance, and a Master’s degree in Investment Fund Management, Connor has extensive knowledge in the investing space, and has also written two theses on mutual funds and the UK market.