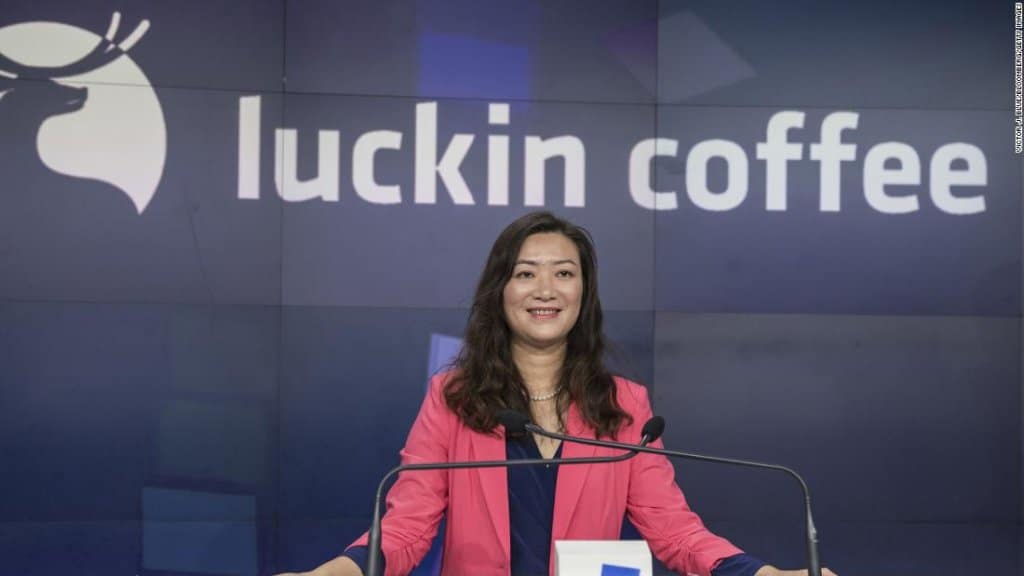 China’s Luckin Coffee (NASDAQ: LK) has fired two top bosses in the wake of a fraud scandal that has rocked the chain. The Nasdaq-listed company said on Tuesday that it has ended the contracts of executive Jenny Zhiya Qian (pictured) and chief financial officer Jian Liu, after a probe into hundreds of millions of dollars worth of fake trading.

The firm’s board of directors made the decision based on “evidence that sheds more light on the fabricated transactions”.

Six other employees who were alleged to have been involved in or known about the transactions have been suspended or put on leave.

Luckin Coffee was China’s rival to the world’s biggest coffee chain, Starbucks. Luckin increased its store count six-fold in China between June 2018 and September 2019 to 3,680 stores.

Beijing-based Luckin has been dealing with the fallout of a fraud scandal that revealed last month that the firm faked 2.2bn yuan ($310m) worth of sales in 2019.

The disclosure caused the company’s shares to sink by more than 70 per cent in the Nasdaq stock exchange in New York. Trading in Luckin shares has been suspended since 7 April.

Launched in 2017, the Chinese coffee chain made a remarkable debut on Wall Street in May 2019, raising $561m during its initial public offering (IPO). Shares soared by more than 50 per cent during initial trading.

Luckin Coffee’s downfall has had a serious impact on Chinese companies trading in the US. Chinese companies looking to raise capital through IPOs in the US are now facing close scrutiny, not just because of the Luckin Coffee massive fraud scandal, but due to growing tensions between US President Donald Trump and Chinese media over the origin of the coronavirus.

The Beijing-based cloud computing service company raised $510m in its initial public offering, pricing its shares at the midpoint of a $16 to $18 targeted range. The shares closed at $23.84 in New York trading Friday, giving the company a market value of $4.8bn. The stock closed down 6.2 per cent at $24.36 on Tuesday.

For more shares of US-listed companies you can invest in, check a list of our list of recommended stock brokers. You can also read our guide on how to short stocks.