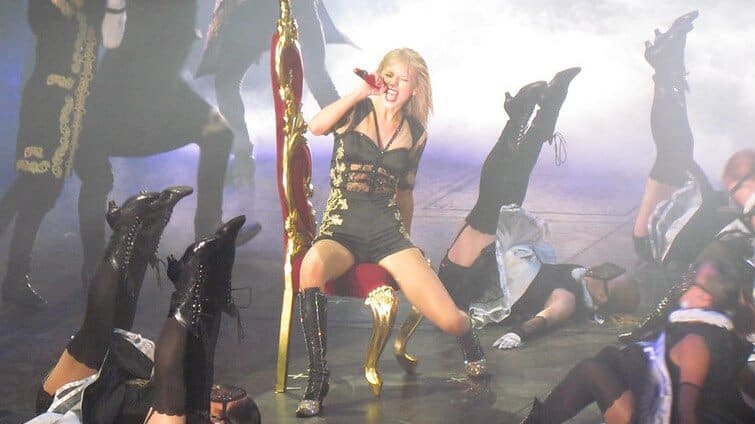 The Saudi investment valued at $500m comes at a time when live events and concerts across the globe are canceled or rescheduled, with Los Angeles-based entertainment group with more than 30,000 events cancelled or postponed across the world. The Public Investment Fund (PIF), the Saudi vehicle steered by Crown Prince Mohammed Bin Salman, is now the third-largest stakeholder in the US company.

Live Nation has scrapped planned blockbuster tours by stars such as Taylor Swift (pictured) and Justin Bieber amid the novel coronavirus, and also postponed summer festivals that includes Bonnaroo. Live Nation has a strong presence in Las Vegas theaters and in the music-festival industry. It is the only booking partner at Zappos Theater, where stars like Pitbull, Britney Spears, Shania, Twain, Jennifer Lopez, and many others have performed.

In recent weeks the PIF has been on a shopping spree, snapping up stakes in cash-strapped firms around the world. It has bought stakes in beleaguered cruise line operator Carnival and European oil companies such as Royal Dutch Shell and Total. It also agreed a £300m deal to buy a majority stake in English Premier League football club Newcastle United.

Live Nation President Joe Berchtold says the company has enough cash resources and ample liquidity to survive for the next few quarters even without a single concert. “We look at this on two different time horizons. One is a year from now, fifteen months from now, is we have the vaccine in place. We’re highly confident that concerts – 2021, 2022 will be bigger than ever,” Berchtold said.

The stock trading performance of the group has been hit hard by the health crisis as concerts and other events are either canceled or on hold with new dates. Live Nation stock price plunged close to 40% this year despite gains on Saudi investment.

Despite the bans on mass gatherings for an unspecified time, the rating agencies are showing confidence in its share price upside potential in days ahead due to its strong liquidity position. Cowen has an Outperform rating and $65 price target while Jefferies provides a price target of $48 a share.

If you plan to buy Live Nation after Saudi investment, you can check out our featured brokers here.