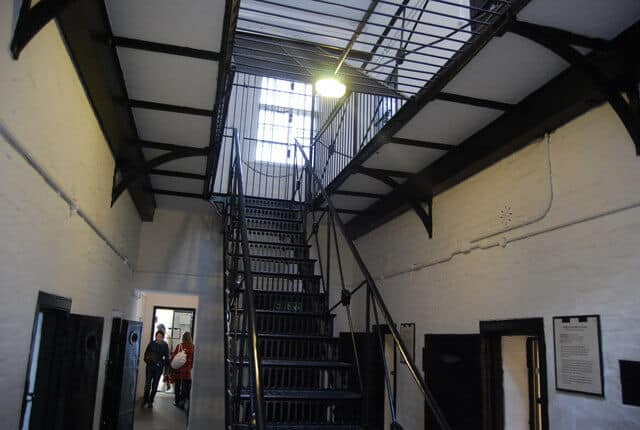 A narrow majority of the public say that prisoners should be able to take out student loans to pay for degrees.

Just under 42 per cent of British people either strongly agree or somewhat agree that “long-term prisoners should be allowed to take out student loans during their sentences to pay for degree courses”, according to an exclusive poll by LearnBonds.

However, it also found that 38.5 per cent of the public either strongly disagree or somewhat disagree with the right of inmates to take out these loans. Just under 20 per cent were undecided.

The poll follows a report last week which said improving inmates’ education would cut reoffending rates and reduce overall prison costs, according to the Open University and thinktank the Higher Education Policy Institute.

Survey Results: Should Long-term prisoners be allowed to take out student loans during their sentences to pay for degree courses?

Prisoners need to borrow just over £18,000 for tuition fees to complete an Open University degree.

Currently, only prisoners within six years of release are eligible for student loans to cover tuition fees in England and Wales. About 2,000 prisoners are currently taking higher-education courses, mostly part-time, distance-learning degrees from the Open University.

The study estimates scrapping the six-year rule would add another 200 prisoners per year to student numbers – at a cost of £2.3m.

But the report adds that the move “could also save between £3m and £6m as a result of reduced reoffending rates”.

The Open University said that reoffending rates are 20 per cent to 40 per cent lower among inmates who have studied for one of its awards.

Former prisoners begin paying back loans once their earnings hit £25,000 per year after release.

He added: “Prisoners who seek to improve their education are positive role models for other prisoners and are less likely to reoffend on release.

“As they write their manifestoes for the next general election, all the political parties should consider a new commitment to helping prisoners better themselves through education.”

The UK’s overall prison population is 83,795, according to Ministry of Justice data at the end of October. Running the country’s jails and probation service costs £4.9bn, according to the HM Prison & Probation Service 2018-19 annual report.

Londoners are most in favour of the drive for prisoner education with just over 65 per cent of those in the capital backing the move, according to our survey. The next most supportive region was the North West, where just over 41 per cent of the public are behind the initiative.

Scotland and Wales were the least supportive regions with just 33 per cent and 34 per cent backing prisoner higher education, respectively.

Just under 53 per cent of 25- to 34-year-olds either strongly agree or somewhat agree with loans for prisoners, but this falls to just 32 per cent support among people over 55.

Men were slightly more enthusiastic about prisoner education, with 44 per cent either strongly agreeing or somewhat agreeing with these types of loans, this drops to just under 39 per cent support among women.

The Department for Education said there are no plans for a change of policy in this area.

The survey interviewed a representative sample of 2,000 adults across the country between 26 and 27 of October.