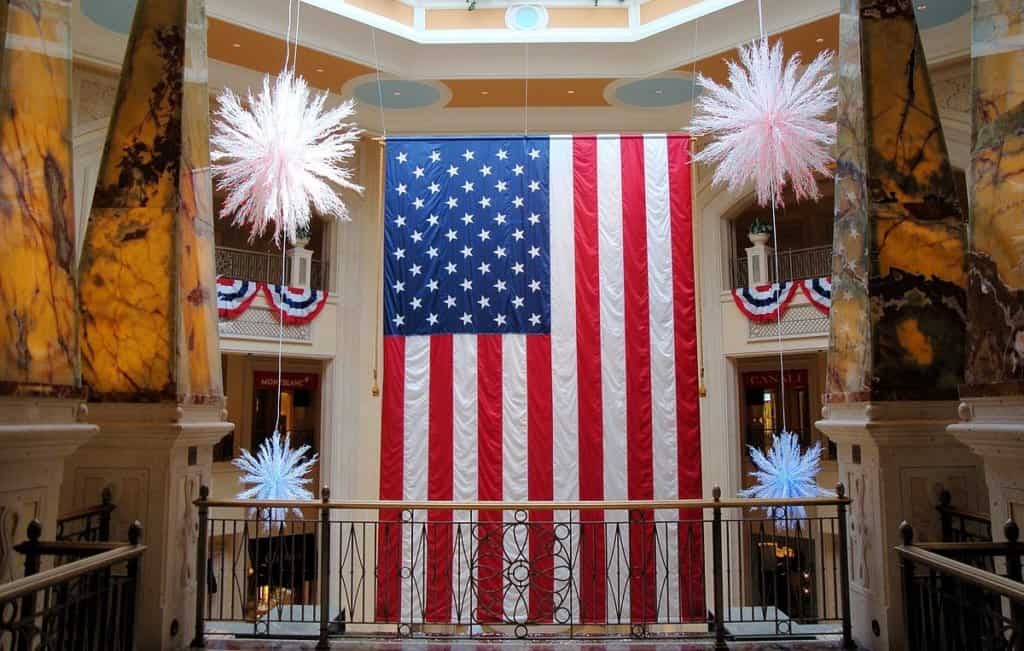 Las Vegas Sands (NYSE: LVS) stock price soared sharply despite reporting a 51% drop in the first-quarter revenue and more than a 90% fall in operating income. While the company blamed social distancing restrictions for the massive year over year plunge, its management believes their balance sheet is strong enough to ride out the economic slowdown.

It stock is up almost 9% on Thursday on prospects of early reopening. The group has lost close to 50% of value in the past two months of stock trading.

The share price rally is also supported by expectations that the casinos would reopen sooner than originally thought. During an earnings conference call, Las Vegas Sands executives hinted that they expect demand to rebound quickly in Asian markets. The group owns hotels and casinos on the Las Vegas strip, The Venetian and The Palazzo (pictured), as well as in Singapore and Macau.

“I don’t think the Asian people have a problem at all,” chief operating officer Robert Goldstein said on the call. “In fact, I think they’re going to welcome it and be anxious to get back to having fun. I believe that from the bottom of my heart, the recovery in Asia is going to happen rather quickly. I’m not as comfortable [about] Vegas.”

Robert Goldstein also anticipates that the business situation will improve this summer and will be in a much better condition by fall.

On Wednesday, Sands posted $1.78bn in net revenue for the three months ended March 31, down from $3.6bn at year earlier. The company reported a net loss of $51m for the quarter, compared with $744m in net income a year earlier. It posted an adjusted loss per share of 3 cents, narrower than the Zacks consensus estimate of loss of 8 cents

Meanwhile, the resumption of operations in the US is a possibilty as the Nevada Gaming Control Board has been aggressively working on a plan to reopen casinos on directions of Nevada governor Steve Sisolak.

Las Vegas mayor Carolyn Goodman again said that the widespread closure business was “total insanity” and calls to reopen the city’s casinos. She said: “I want us open in the city of Las Vegas so our people can go back to work and that’s it because we’re putting children and families back out on the street.”

If you are interested in buying Casino stocks ahead of the reopening, you can check out our featured brokers here.