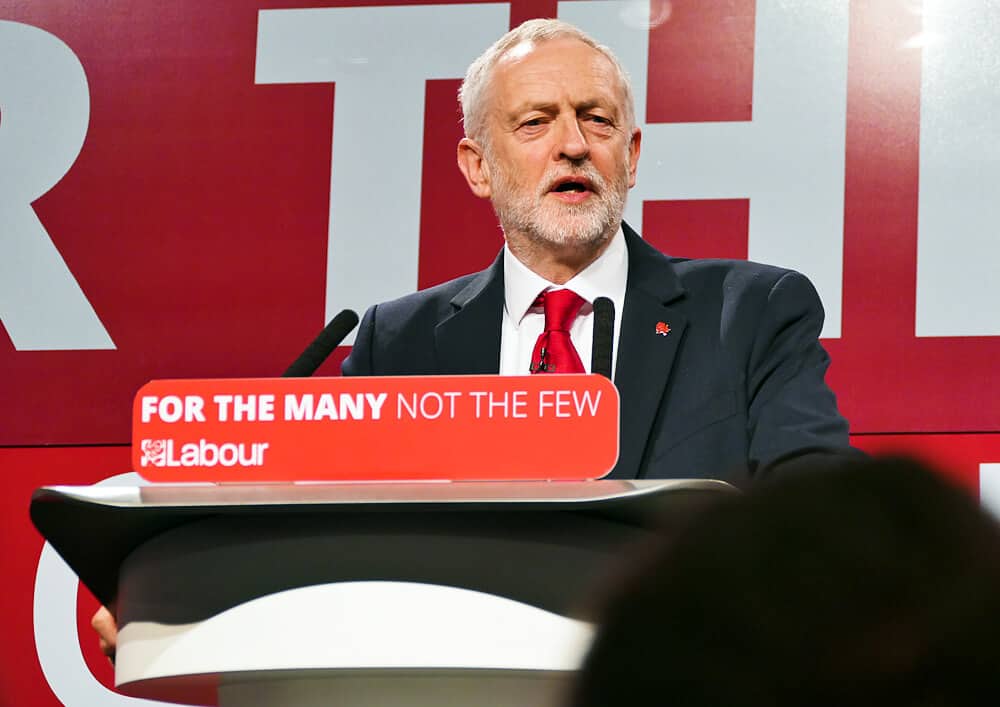 BT will be part-nationalised to give free full-fibre broadband to every UK home and business, under a new Labour government.

Labour leader Jeremy Corbyn (pictured) said if his party won the 12 December election it will nationalise BT’s Openreach cable network as part of a broader £20bn plan to provide free full-fibre broadband across the country by 2030.

Corbyn said: “It’s time to make the very fastest full-fibre broadband free to everybody, in every home in every corner of the country.

He added: “By creating British Broadband as a public service, we will lead the world in using public investment to transform our country, reduce people’s monthly bills, boost our economy and improve people’s quality of life.”

BT chief executive Philip Jansen said the move was “very ambitious”, but added that Labour had underestimated the cost of these plans.

Prime Minister Boris Johnson said it was “a crackpot scheme”, adding that his Conservative Party has promised £5bn to bring full-fibre to every home by 2025.

TechUK, which represents many UK tech firms, called the proposals a “disaster” for the telecoms sector and customers.

TechUK chief executive Julian David said: “These proposals would be a disaster for the telecoms sector and the customers that it serves. Renationalisation would immediately halt the investment being driven not just by BT but the growing number of new and innovative companies that compete with BT.”

Defending the Opposition’s plans, shadow chancellor John McDonnell said BT and other broadband firms, such as Virgin Media and Sky Broadband, had “failed” to provide full broadband coverage across the country.

The government hit its target to bring superfast broadband to 95 per cent of homes by December 2017 – at a cost of £1.7bn – but the internet speeds are significantly lower than those of full-fibre.

BT, which traces its history back to an 1846 telegraph company, had been part of wave of nationalised industries after the Second World War, but was privatised by Margaret Thatcher’s Conservative government in 1984.

During the election campaign the Labour party has promised to take control of several utilities, including water, the railways, Royal Mail and National Grid.