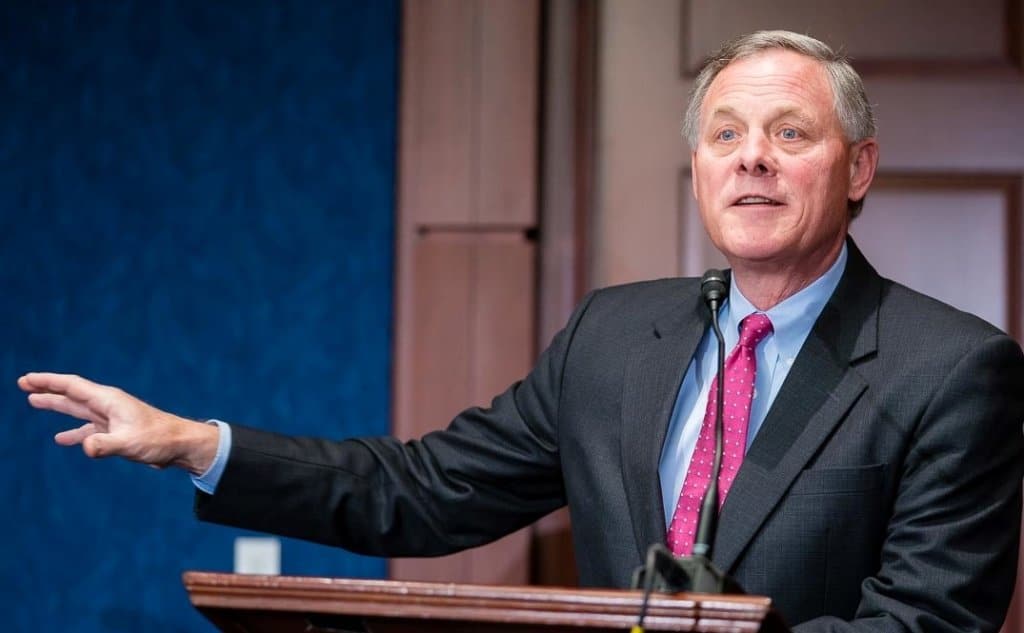 The Justice Department has launched a probe into a series of stock sales made by lawmakers ahead of the market downturn due to the coronavirus outbreak.

The investigation will determine whether several senators from both parties sought to profit from the information they obtained in private briefings about the pandemic. The Securities and Exchange Commission is also involved in the probe.

An FBI officer acting for the investigation has interviewed Senator Richard Burr (pictured) about his stock trading, according to a CNN report citing two people familiar with the matter.

Senators have received closed-door briefings about the virus over the past several weeks, before the market turn sharply downwards.

Burr’s stock sales made in February

Burr, a North Carolina Republican who leads the Senate Intelligence Committee, sold between $628,000 and $1.7m in stocks on February 13, but he has previously said he relied only on public news reports to make those sales.

Earlier this month, he asked the Senate Ethics Committee to review the trades given “the assumption many could make in hindsight.”

There’s no indication that any of the sales, including Burr’s, broke any laws or ran afoul of Senate rules.

Alice Fisher, Burr’ lawyer, said that the senator “welcomes a thorough review of the facts in this matter, which will establish that his actions were appropriate.”

Congress passed the Stock Act in 2012, which makes it illegal for lawmakers to use inside information for financial gain.

Several other senators from both parties also sold and bought stock ahead of the market downturn sparked by the health emergency.

Republican Senator Kelly Loeffler of Georgia and Senator Dianne Feinstein, a California Democrat, and Jim Inhofe, an Oklahoma Republican, all made sales in January and February, but all three deny any wrongdoing.

Spokespeople for the Justice Department, the FBI and the SEC have declined to comment.