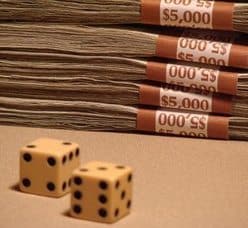 Marty Fridson, U.S. junk bond veteran and chief investment officer at LLF Advisors, is worried that the current low yield environment has bolstered equities by fuelling borrowing for M&A and by diverting the funds of income seekers.

Take the cost of credit, where the central bank-induced compression of yield, from the cynics’ perspective, has destroyed investors’ risk radar. Says Marty.

He has analysed the yield spread of junk and applied risk variables to calculate the sector’s fair value.

“For the ninth consecutive month, the high-yield market is extremely overvalued, according to our fair-value methodology,” he told the Financial Times.

“This streak breaks the previous record of eight, set in the period from October 2006 to May 2007.”

In other words the risk premium for holding “junk” is too tight, leaving the market very vulnerable to a spike in Treasury yields.

Reuters: – Puerto Rico debt crisis headed for U.S.-style bankruptcy resolution. – Momentum is building toward a deal that would make painful losses inevitable for investors holding about $20 billion (12 billion pounds) in bonds issued by Puerto Rico’s highway, water and electricity authorities even as some big U.S. mutual funds launch a legal battle to squelch a new law that authorizes a restructuring.

Bloomberg: – Puerto Rico default risk defied with rally. – A potential restructuring of junk-rated Puerto Rico power bonds has failed to end the best rally in two years for the riskiest part of the $3.7 trillion municipal market.

The Crux: – This bond market “insanity” is ending now. Here’s what to do. – For the past year, junk bonds (corporate debt that is rated lower than investment grade) have been in rally mode. The iShares High Yield Corporate Bond Fund (HYG) was up 13% from its low last June to its high last month.

LPL Financial: – This Weeks Bond Market Perspectives. – High-Yield Pullback. – Current weakness in the high-yield bond market is the most notable since January 2014 but modest when viewed in historical context. We still believe high-yield bonds should remain a cornerstone of fixed income portfolios despite recent challenges.

About.com: – Are U.S. Treasuries a buy right now? – Fixed-income investors have undoubtedly know about the rampant predictions that the bond bull market is over, but many people still need to generate income from their investments – shaky market environment or otherwise. Since U.S. Treasuries have long been seen as one of the most reliable investments in terms of safety from credit risk, many income-oriented investors may be wondering if Treasuries are still a way to keep their principal safe.

Donald van Deventer: – IBM: An updated bond market ranking. – In spite of the brand name and sterling default risk, IBM bonds rank well above the median when heavily-traded bonds are ranked by the spread to default probability ratio.

Bloomberg: – Junk-bond indigestion burns buyers gorged on record sales. – Junk-bond buyers are showing signs of indigestion after snapping up a record $361 billion of the debt at the lowest yields on record.

Income Investing: – Junk bonds hit a speed bump; Time to sell ETFs? – High yield bonds are stuck in a bit of a rut. The market’s has posted a 0.67% loss over the past month and its average yield is up half a percentage point during that time to 5.37% after falling to an all-time low in June. High yield funds also saw a steep $1.67 billion net outflow last week.

Business Insider: – Investors taking on junk bonds could be in for a nasty surprise. – FA Insights is a daily newsletter from Business Insider that delivers the top news and commentary for financial advisors.Investors Are Taking On Riskier Bets By Going After High-Yield Funds (Morningstar).

MarketWatch: – Why junk-bond ETFs could drop in the next 1 to 3 months. – Exchange-traded funds are a popular way for investors to gain exposure to the often illiquid market for lower-quality corporate bonds. But some funds look vulnerable as that sector pulls back, according to analysts at Ned Davis Research Group.

Morningstar: – Hidden risks in emerging-markets debt? – Emerging-markets bonds, along with other higher-yielding fixed-income assets such as junk bonds and bank loans, have seen a surge in flows in recent years. Investor interest has been driven in large part by persistently low yields across the developed world.

Bloomberg: – Argentina caught in bond limbo as $539 million held up by Griesa. – Three weeks after President Cristina Fernandez de Kirchner sent $539 million to pay bondholders, the money remains in limbo as a U.S. court considers what to do with the funds.

Focus on Funds: – High yield spreads ‘not worth it,’ cut ETFs: Ned Davis. – Ned Davis Research ETF strategists are advising clients to cut back holdings in the most popular junk-bond ETFs.

MarketWatch: – Bond strategy shields against rising interest rates. – Some people might think the technique of fixed-income “laddering” is boring, but I think any strategy that solves an investment problem is actually a lot of fun. The strategy is actually quite prudent.

WSJ: – SEC Approves tighter money fund rules. – U.S. securities regulators on Wednesday took a long-awaited step to reduce risk in the $2.6 trillion money-market mutual-fund industry, completing rules intended to prevent a repeat of an investor stampede out of the funds during the 2008 financial crisis.

MarketWatch: Bonds: – A secret weapon for pension plans? – Due to popular demand and the notion that, in the right hands, they might be useful, we have updated our work on pension obligation bonds (POBs).