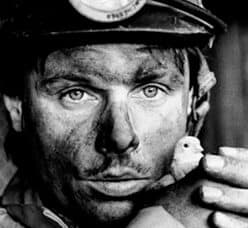 If recent record outflows from high-yield bond funds prove to be a trend, not just a blip, it could have implications way beyond the bond market, according to a report in the WSJ.

Investors pulled $7.1 billion from the funds in the week through Aug. 6, according to data from Lipper. Well above the next-highest withdrawal of $4.6 billion in the week ended June 5, 2013.

Those two episodes are different in more than magnitude, though. Last June was the peak of the “taper tantrum” that saw bond prices drop and yields rise. By contrast, last week the benchmark 10-year Treasury note touched its 2014 low.

It seems that investors are fleeing from default risk, not interest-rate risk.

Separating cause and effect can be tricky. BCA Research notes stock buybacks and corporate-bond issuance tend to rise and fall in tandem. Net transfers of cash to shareholders as a share of corporate revenue peaked in late 2007, right around the time bond issuance did. Both hit a trough in September 2009. Recently, both were well above typical levels, though still below their 2007 peak.

If the recent high-yield exodus proves to be more than a knee-jerk reaction to geopolitical concerns, some of the fuel for the equity bull market could be reduced. A useful canary in the coal mine for stocks, something has ruffled its feathers.

WSJ: – Kansas settles charges it hid a risk to muni bonds. – Kansas has agreed to settle a fraud case in which the Securities and Exchange Commission charged the state misled investors when it failed to disclose that its underfunded pension system posed a risk to the repayment of some municipal bonds.

Indexology: – Tobacco settlement bonds: The next cloud on the horizon for municipal bonds? – As the young gas station attendant says at the end of the movie Terminator “there is a storm coming.” While Detroit and Puerto Rico’s financial struggles continue to rattle the municipal bond market, the over $87 billion state issued tobacco settlement bond market is another potential dark cloud worthy of watching.

Market Realist: – Must-know: Why bonds rallied despite weakness overseas. – Last week didn’t have a lot of stuff that could move the bond market, but bonds rallied anyway. Weakness in the Eurozone pushed yields lower, and U.S. Treasuries followed along.

FT Adviser: – Inflation jitters strike bond chiefs. – Strategic bond fund managers have begun to position their portfolios to protect against a rise in US and UK inflation as the two economies return to growth.

ValueWalk: – The shadows of the bond market’s past: 1971-present. – David Merkel looks at the historical environments for the Treasury yield curve and throws in some color from other markets, to see if there might be any lessons for us today.  Let’s go!

Market Minder: – High-yield bond fund flows are junk. –  Evidently, the high-yield bond bubble started popping last month. And it’s about to take down equity and bond markets alike. At least, that’s the impression we get from the prevailing coverage of a few weeks of junk bond fund net outflows. It’s all a bit bizarre, in our view. It puts way too much emphasis on fund flows and ignores the fundamentals supporting corporate bonds and stocks. A few freaked out investors doesn’t mean a bond bloodbath—or equity bear market—is nigh.

Yahoo Finance: – Like stocks, junk bonds show investor jitters. – The stock market isn’t the only place that’s been signaling jitters among investors. The $2.3 trillion market for risky U.S. corporate debt has also been under pressure.

Market  Realist: – The “Great Deleveraging” that never happened: The U.S. debt problem. – For several years, media headlines have been filled with references to a mythical “deleveraging,” or a reduction in the level of U.S. debt. In reality, U.S. non-financial debt has increased, and this has real long-term consequences for the economy. Russ explains.

David I. Templeton: – Bond funds continue to see inflows. – In spite of what seems like a near uninterrupted advance in the equity markets since the end of of the Great Recession, fund flow data does not suggest investors have reallocated out of bonds into stocks in any significant way.

Bloomberg: – No bonds, no problem as PIMCO increases bets using swaps. – If corporate bonds don’t trade frequently enough for you, one solution is to turn elsewhere. More and more investors are betting on whether the notes will go up or down in value without owning the securities, using derivatives. This has been attractive for asset managers looking to be nimble in markets or make big bets, especially as corporate-debt trading volumes wane.