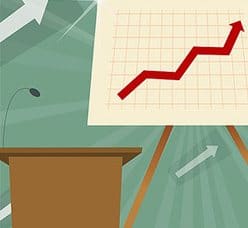 About.com: July 2013 Bond Market Performance – After their second-quarter swoon, the taxable segments of the bond market staged a recovery in July, but municipal bonds lagged due to concerns about the broader impact of Detroit’s bankruptcy.

WSJ: – Bond market helps the wealthy get wealthier. – Private-equity firms are adding debt to companies they own to fund payouts to themselves at a record pace, as fears mount that the window for these deals will close if interest rates rise.

Reuters: – Is it smart to lend money to Puerto Rico? – Puerto Rico may be a nice place to visit, but would you really want to lend there? Investors are asking themselves that question as the territory makes its first foray into the municipal bond market in more than a year on Wednesday.

Learn Bonds: – Accrued market discount – What you need to know. – According to IRS Publication 550, “market discount is the amount of the stated redemption price of a bond at maturity that is more than your basis in the bond immediately after you acquire it.” Individual bond investors purchasing bonds on the secondary market need to be aware of tax rules related to market discount bonds, specifically how to accrue market discounts.

Financial Advisor: – Bonds are back to their traditional roles. – Much has been made about the heightened correlation between bonds and equities. Indeed, correlations have spiked rather significantly between multi-sector fixed income funds and equity proxies such as the S&P 500® Index. But in our view, there is more than one way to frame the issue.

MuniNetGuide: – A bounty of relative values on this week’s new issue calendar. – We were due for another head fake and we got it last week. After a slew of consistently strong economic data set the bond market back on its heels, a surprisingly weak non-farm employment report sparked a much-needed rebound on Friday. After reaching their highest levels in almost two years last Thursday, ten year and thirty year Treasuries have now rallied back to close at 2.64% and 2.74%, respectively, on Monday night.

Trustnet: – Why the bond bubble won’t be allowed to burst. – Roger Webb, investment director at SWIP and co-manager of the group’s Strategic Bond fund, explains the implications of Ben Bernanke’s comments regarding the tapering of QE.

ETF Trends: – Short duration bond ETFs top inflows list. – Last week, the yield spread between 2- and 30-year Treasuries reached 342 basis points, its widest on a closing basis since August 2011 and yields on benchmark 10-year Treasury bonds rose over 10 basis points, touching 2.74% Thursday before dropping back to 2.63%. Yields were on the rise again Monday, closing at 2.67%, indicating that concerns linger about rising interest rates.

Eric Parnell: – Bonds: Short-term risk, long-term opportunity. –  Fear continues to fester in the bond market. Following a dramatic spike higher in bond yields over the last three months, many bond investors have headed to the exits in order to protect against a further increase in yields in the coming months. But for investors staying the course in bonds as well as those watching for re-entry points back into fixed income, exactly what can we expect from the high quality bond market going forward?

Ian Wyatt: – Detroit and the risk of chasing yield. – Last June, investors bought $667 million of newly issued bonds from the city of Detroit. The offering to fund sewers was oversubscribed — meaning that there were more buyers than bonds available. These investors didn’t buy the bonds for safety and security. In fact, these bonds were barely given an “investment grade” rating. The reason investors bought up the debt was simple, yield.

Vincent Feher: – The loss of value in Treasury bonds may signal a coming U.S. debt crisis. – The US dollar and the US stock market are strong. And, many economists believe that interest rates are rising simply because of US economic improvement and the Fed’s discussion of tapering. They believe that US growth will return to normal so interest rates will too. But this belies what is really happening.

Cate Long: – The return of the bond vigilantes? – Maybe a new kind of vigilante is emerging; one where bond investors, who have lost confidence in governments to stand behind the bonds they issue, refuse to buy the debt at any price. Given how Michigan Governor Rick Snyder has bad-mouthed bond investors and stood back from supporting other near-insolvent Michigan cities, it is not difficult to see this happening.

Cate Long: – The deafening roar has subsided. – The recent sell-off in fixed income markets, led by the decline in U.S. Treasuries, was big by historical standards. If we drill down a little deeper into muniland, we see some interesting patterns.