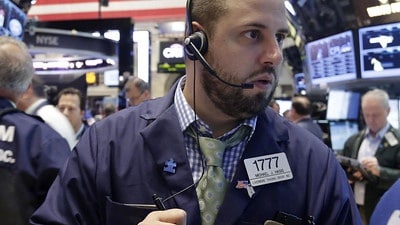 The trio will take part in a new round of funding this month for the marketplace, which plans to force down fees and bring greater transparency for the trading of stocks, bonds and other assets.

They join nine substantial existing backers. Bank of America Merrill Lynch, Citadel Securities, Charles Schwab, E*TRADE, Morgan Stanley, Fidelity Investments, TD Ameritrade, Virtu Financial and UBS. These firms are the rivals in their daily business, but are united that the fees charged for data and trading information by dominant equities exchanges are too high.

The main goal behind the launch of MEMX is to increase the competition, offer a low-cost structure and provide more transparency. Share prices of NASDAQ and NYSE declined last year when MEMX first announced its plan to launch a new exchange.

“We are pleased that these three prominent market participants are joining us in our efforts to increase transparency, reduce fees, and focus on technological innovation in the equity markets. We appreciate their financial commitment, but more importantly, we will benefit from their counsel through our launch and beyond,” said Jonathan Kellner, chief executive officer of MEMX.

New Jersey-based MEMX will not charge initially for market data or for connecting to its venue but plans to do so at a later date.

The new low-cost exchange anticipates approval from the SEC during the second quarter; the exchange plans to begin member certification from May, ahead of a launch on 24 July.

MEMX is just one of a wave of new entrants, that plan to challenge the dominant exchange players.

Miami-based MIAX plans to launch Pearl in early September, if it is approved by the Securities and Exchange Commission. The Long-Term Stock Exchange, a Silicon Valley-based start-up, has already received approval. Status as an official exchange means investors’ orders must be routed to these venues if they offer the best price on the market.