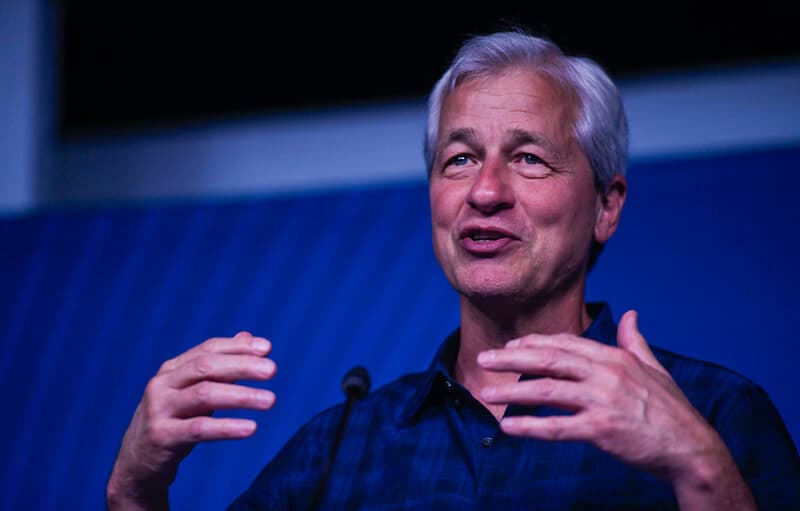 JPMorgan Chase chief executive Jamie Dimon is back at his desk after recovering from emergency heart surgery last month.

However, that desk is at his Park Avenue co-op, because the boss of the largest bank in the world is working from home, like thousands of his staff.

“I have been recuperating well and getting stronger every day, and I am happy to be back to work this week — albeit working remotely like so many of you,” Dimon said in a memo to colleagues.

Dimon, 64, was rushed into surgery on 5 March after being diagnosed with an “acute aortic dissection”, leaving co-presidents Daniel Pinto and Gordon Smith in charge of the New York-based lender.

The recovered bank boss also told staff that his “heart goes out to the individuals and families most affected by COVID-19.”

He added: “As always, JPMorgan Chase will play its critical part in helping the world recover. Our extraordinary capabilities prepare us for difficult times like this — we will rise to the challenge,”

The billionaire executive, who also suffered from throat cancer back in 2004, managed to recover from the surgery in less than a month and will help the bank navigate the troubled waters triggered by the coronavirus outbreak and its resulting market crash and global economic slowdown.

When Dimon underwent his operation the Dow Jones Industrial Average was over 26,000 points and the US economy was just starting to acknowledge the seriousness of the health emergency. The Dow closed at 21,413.44 points on Thursday. Also, 6.6 million people filed new claims for unemployment benefits last week, the Labor Department said yesterday, which means nearly 10 million people have made jobless claims in the last two weeks as the pandemic grips the nation.

The market seems to have reacted positively to the news, as JPMorgan Chase (JPM) shares closed yesterday’s session with a 3.7% gain, compared to a 2.28% jump in the S&P 500 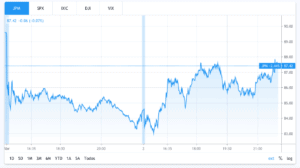 Dimon became part of JP Morgan’s executive staff in 2004 when the bank acquired Bank One, the financial institution that the New York City executive was leading back then, becoming the President and the chief operating officer of the firm once the merger was completed.

Only a year after, Dimon became the chief executive of JPMorgan Chase, and steered it through the 2007-2008 financial crisis, acquiring Bearn Sterns, the fifth largest investment bank in the US at the time, allowing JPMorgan to emerge as one of the winners of the large-scale reorganization that swept through financial services.