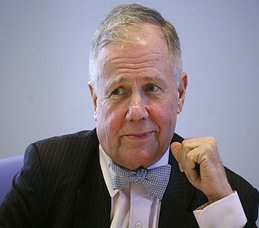 Calafia Beach Pundit: – The message of TIPS: Slower growth, more inflation. – Since growth and inflation are the two most important drivers of TIPS and Treasury yields, it’s reasonable to think that their pricing can accurately reveal the market’s assumptions about the future of economic growth and inflation. The charts in this post illustrate a few ways to interpret the message of TIPS and Treasuries.

Federal Reserve: Governor Stein says credit markets are over heating – and outlines how the situation should be dealt with.

Barron’s: – Funds rotating into stocks, but not out of bonds yet. – This week’s episode of The Great Rotation saw investors putting money into stock funds for a fourth straight week, but not really at the expense of bond funds, which saw further net inflows, although in lesser amounts than a week ago.

WSJ: – ECB agrees to ease Irish debt terms. – The European Central Bank Thursday agreed to ease the terms under which the Irish government repays some €31 billion ($41.92 billion) of debts it incurred in support of its stricken banking system.

ETF Trends: – BlackRock cautious on muni bond ETFs. – Municipal bond exchange traded funds have been performing quite well over the past few years as investors sought yield options beyond Treasuries. However, muni bond investors should expect lower returns in 2013, according to BlackRock.

Context: – High-Yield Bonds: Tackling the tough questions. – With high-yield bonds at record high prices and interest rates so low they’re barely visible in some parts, investors have a lot of anxious questions. Our opinion: we think high-yield bonds still offer more income and fare better in rising rate environments than other bond types.

John Toby: – Demystifying investors’ preference for bonds and why it could be changing. – The sudden increase of flows into US stock mutual funds is producing articles warning that investors are once again chasing performance – and that’s a danger sign.

Stephen Percoco: – 2012 market returns on TIPS. – In the 2012 fourth quarter, returns on straight Treasury’s were slightly negative, but TIPS still managed to post a slightly positive return. The inflation accrual offset both the slight decline in TIPS prices and negative average yields.

Bloomberg: – First Buffett backing since ’09 sells riskiest debt. – Warren Buffett’s first repayment guarantee on a municipal bond since 2009 showed that the billionaire’s imprimatur can help sell even the riskiest debt to investors hungry for income with yields at a generational low.

Business Week: – No one remembers when bonds went truly bad. – The stock market’s many crashes since the dot-bomb have transpired in an age of information overflow. “Twitter, blogs, and the like,” says Rudin, “have shown they can move markets. That is a seismic difference between 1994 and now: the speed and amount of information.” Yet somehow that echo chamber has yet to process a potential crash in bonds.

Pat Stout: – JC Penney’s bondholders may have the upper hand. – JC Penney’s bondholders might have the upper hand. In the 8-k filed with the SEC, section 8.1 was of interest. It mentions a letter concerning a Notice of Default under a 1994 indenture, if, as the company mentions, there have never been any loans outstanding, then why pay financial institutions for the Credit Agreement and why expand the agreement?

Ironic that the same week PIMCO IPO's the largest credit CEF ever, that Gross writes the supernova note?