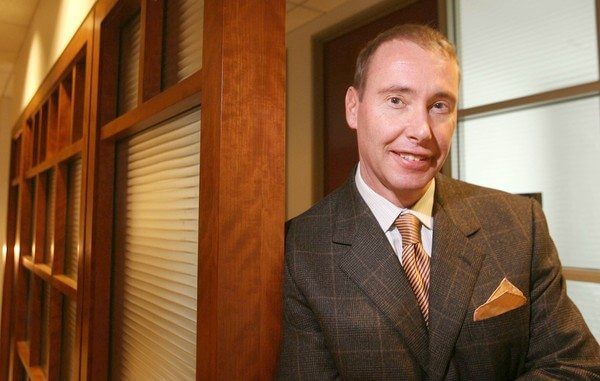 Bloomberg: – A great profile of bond guru Jeffrey Gundlach – DoubleLine founder Jeffrey Gundlach predicts another crisis: Deeply indebted countries and companies will default sometime after 2013. Central banks may forestall these defaults by pumping even more money into the economy — at the risk of higher inflation in coming years.

Andrew Thrasher: – High yield exhaustion. – With Treasury yields at historic lows investors have gone after yield in other segments of the market, the high yield bond market is often one of the places investors seek out in that chase for income. Today we are going to take a look at the iShares High Yield Corporate Bond ETF.

BlackRock: Says muni’s still the place to be – Municipals have long been sought out due to their relative tax advantages, but today the asset class looks particularly attractive relative to other areas of the fixed income market, particularly Treasuries.

Elliott Orsillo: The turning point for interest rates is not upon us – Eventually the music will stop once investors have a real alternative to the U.S. dollar and they lose faith in our ability to make good on our debts. This would be a major turning point for interest rates, which we don’t see happening anytime soon, but if we continue down the path we are currently headed it will become a reality that we will be forced to address.

The Financial Lexicon: 5 Bonds to add to your watchlist – Just as investors often do with stocks, I think it is necessary to build a large watch list of bonds. You might not ever purchase all of them, but by having a watch list with a number of individual bonds on it, you would give yourself more opportunities to eventually purchase bonds at prices you find attractive.

BusinessWeek: – Money – maybe too much – pours into junk bonds. – Thanks largely to the unsteady economy, interest rates on US government bonds have fallen to record lows. Desperate for better returns, investors are sinking billions into higher-paying bonds backed by businesses with bad credit scores. Those deeply indebted companies have borrowed a record amount from investors and are increasingly using the money in ways that could strain their ability to pay it back.

Macro Musings: – The Fed, the budget deficit and the facts. – For four years hard-money types have been warning about inflation exploding. This has not happened and indicates that treasury yields are not being held below their natural rate level, the interest rate consistent with the economic fundamentals. This indicates that should the Fed preemptively raise interest rates, as some have suggested, it would not spark a recovery but choke the already weak economy.

WSJ: – Firms flood bond market to finance payouts. – Low interest rates have lured companies to borrow record amounts in the bond market this year. But a year-end spurt of bond sales has been tied to a different incentive: minimizing taxes.

MarketWatch: – Going over fiscal cliff is best for bonds, but… – A complete lack of agreement between Congress and the White House to soften the blow of expiring tax and spending measures at year-end would be the best scenario for Treasury bonds, potentially sending yields back to their all time lows.

Learn Bonds: – How the 10 Largest Bond Funds Will React when Interest Rates Rise. – With investors abandoning the stock market for the perceived safety of bonds, many financial professionals are worried that many of these investors don’t realize that they are exposing themselves to the risk of falling bond fund values when interest rates start rising. By fleeing the stock market and running into bonds, they may be jumping out of the frying pan and into the fire.

Cate Long: – Is it time to right size Detroit. – Detroit is shrinking in size and hemorrhaging cash. Tough choices lay ahead. At least Mayor Bing has laid out the ugly truth: there is massive pain ahead for the Motor City.

Bloomberg:  Largest municipal bond ETF is at all time highs – The largest U.S. exchange-traded fund tracking municipal bonds touched the highest price since it began five years ago as investors speculated that tax rates will increase to help curb the federal deficit.

MarketWatch: – Tax surprise could hit bond ETF investors. – With tax changes looming in Washington, investors sitting on market gains have been struggling to decide whether to pay now or risk higher rates later. But holders of some fixed-income exchange-traded funds may not fully control that decision.

FE Trustnet: – Five nimble bond funds for your portfolio. – With worries growing over liquidity in the fixed interest market, FE Trustnet takes a look at some of the more flexible options available to investors.

FT: – Puerto Rican bonds shunned. – Investors are penalizing Puerto Rico for its soured finances, shunning its bonds even as they clamor for municipal debt to offset an anticipated increase in taxes next year.