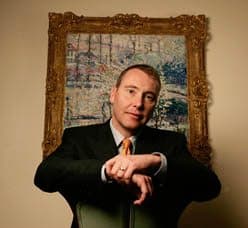 Business Insider: Gundlach tells bond bears they’re dead wrong. – Jeffrey Gundlach, the bond god of DoubleLine Funds, just wrapped up a presentation at the New York Yacht Club. The title: “Why Own Any Bonds At All?” Gundlach has long been correctly bullish on Treasuries.  And he reiterated his position that anyone predicting a bond market collapse is “dead wrong.”

Learn Bonds: – Taxpayers and Investors – Chained-CPI affects you too. – If you have been following the news related to the recently released “Budget of the United States Government, Fiscal Year 2014,” you have likely heard about the proposed change in the Consumer Price Index that will be used to calculate cost-of-living adjustments (COLAs) for Social Security recipients. So what exactly is the chained-CPI and how will it affect you?

Zack’s: – Long-Term Treasury bond ETF investing 101. – In this backdrop, investors seeking to take advantage of the higher bond prices might try their luck with a long-term Treasury ETF. While there are a couple of choices in the space, we have highlighted the three most popular funds, which could be good avenues to park money with higher yields at this time.

Cyniconomics: – TIC… TIC… TIC: The ominous warning in foreigners’ US bond positions. – When data released last year showed China losing its appetite for U.S. bonds, it didn’t cause much concern. Sure, some bloggers took notice, such as the always alert Tyler Durden(s) in this post. But most pundits saw other countries picking up the slack and decided to “move along, nothing to see here.” As of later this month, we’ll receive the final picture on China’s U.S. bond sales over late 2011 and early 2012, and the reaction isn’t likely to be much different than it was last year. But I’ll argue that there’s actually quite a lot to see. Namely, there’s a brand new reason to be concerned about America’s access to foreign capital.

Morningstar: – Equities, bonds, commodities and currencies in March. – Contrary to the expectations of many commentators, March was a month in which both of the main asset classes produced positive returns. Of course, there were disappointing areas within both equities and bonds, principally emerging markets which, together with commodities, posted losses for a second consecutive month.

MarketWatch: – Bank debt is in, tech bonds are out: Citi portfolio manager survey. – If this is good as it gets for stocks, and Treasuries sell off substantially, portfolio managers like bank bonds and structured credit best when it comes to debt products. That’s the takeaway from a recent poll of 20 senior portfolio managers held by Citi Research.

Barron’s: – Munis chafe at Obama budget’s taxation, tobacco propsals. –  Parts of the muni market aren’t too happy with parts of President Obama’s budget proposal that call for reducing the tax exemption on muni-bond interest and raising taxes on cigarette sales.

Money Marketing: – Corporate bonds – manager outlooks. – In 2013 we see corporate bonds performing the essential job of providing stable income to investors. The fund does this while focusing on outperformance opportunities brought on by inherently volatile markets. Economic uncertainty will ensure fixed income continues to remain of interest to investors.

Barron’s: – Goldman: Rates will ‘rise significantly’ over next several years. – Goldman Sachs Asset Management says continued Fed bond purchases may contain upward pressure on rates in the near term but that “the growth rate of official demand for Treasuries has likely peaked.” Goldman adds that rate normalization “may be delayed in other major developed bond markets” but that “rates in most major markets are at or near a long-term bottom.”

Bloomberg: – Hardest-to-sell junk lures buyers hooked on Fed. – Investors are favoring the riskiest, hardest-to-trade junk bonds by the most in 17 months as confidence mounts that central banks from Japan to the U.S. will prop up debt markets through year-end.

Muni Brief: Eight states have yet to have a municipality sell debt via competitive sale this year, according to Bloomberg data #muniland