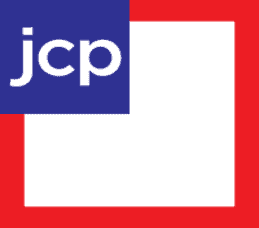 (August 2012) My mother used to be an avid shopper at JCPenney. One reason is that they used to send her $10.00 gift certificates in the mail. (As she says, she never lets a gift certificate go unused.) Of course, nothing in the store costs exactly $10.00. Typically, she would buy an item like socks for $13.00. While in the store she would also frequently see sales and pick-up another item or two. When I called her to research this story on JCPenney bonds, she said “I cannot remember the last time I went to JCPenney”. Today, she tends to visit Macy’s. The coupons and gift certificates that drew my mother to  JCPenney have stopped coming.

My mom is a typical JCPenney customer, and traditional JCPenney customers have been shopping in other stores lately. Same store sales are down 21% from the previous year. Under new CEO Ron Johnson, who joined in November 2011, the company has moved away from promotions and tried to take an “everyday low prices” approach. So far the results have been disastrous, with the company losing money in the last two quarters.

Do it yourself Credit Analysis: Learn how to go beyond the letter ratings.

How has the notoriously fickle stock market reacted? 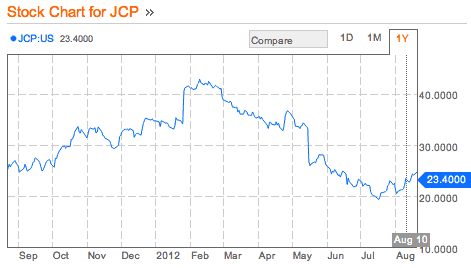 The stock shot straight up in the two months following the appointment of Ron Johnson as CEO, hitting a high of $42. Since then, the stock has come down to earth trading in the low $20s. While half the twelve month high, the price is not far away from where it was trading before Ron Johnson became CEO. Given the company’s performance, the stock should be off more than 20%.

Why is the stock market not punishing the stock more for poor performance numbers?

The answer is Ron Johnson. He has a track-record in retail that few can match. Before coming to JCPenney, he was head of Apple’s retail stores. He is also credited with helping Target become the alternative to Wal-Mart for the fashion focused shopper. Ron has told the market that his plan to turn around JCPenney will work but, needs more time. The stock market believes that Ron needs more time.

The bond market is a hasher critic. 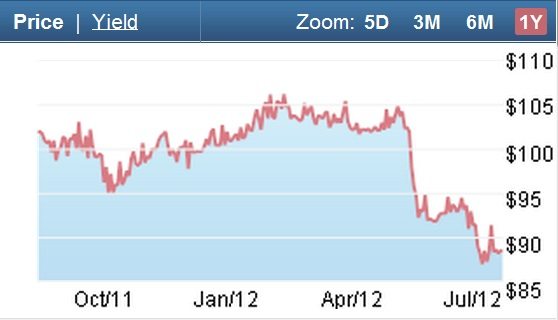 In short-term, JCPenney has plenty of cash (a little under $1 billion dollars) to cover its debt. However, the company has $2.9 billion in debt. The company will need to turn around in the next five years for long-term bond holders to get paid. The debt market believes that there is good probability that will not happen.