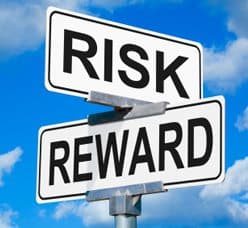 About.com: – Jeffery Gundlach is buying treasuries. Should you? – Jeffrey Gundlach, one of the leading active bond managers in America, is known for his strong opinions and stellar track record, so his statements usually garner a great deal of attention. Yesterday, Gundlach made fresh headlines with his announcement that “I bought more long-term Treasuries in the last month than I’ve bought in four years. I am a fan of Treasuries now.”

Bond Vigilantes: – The bond vigilantes are being zombified, but the currency vigilantes are rampant. – QE has successfully turned the bond vigilantes into bond zombies. Market participants no longer appear to be forcing up profligate countries’ nominal government bond yields; they are instead buying up these countries’ inflation linked bonds. So in another topsy turvy development, it is becoming cheaper rather than more expensive for these governments to borrow. Cynics would argue that was the whole idea.

Learn Bonds: – Consider balanced funds in a pullback. – Investors should include bonds in their portfolios simply because bonds have the ability to provide continuity. Keep in mind, there are risks to investing in bonds; a credit rating downgrade usually knocks the price down, then there is the dreaded default. For those not ready to jump into bonds and bond funds, or those who don’t think now is the best time to add more to existing bond positions, one asset to consider is a balanced mutual fund.

Business Insider: – What a bear market in bonds would actually look like. – Since the beginning of the year, our pension fund clients have become increasingly worried about a sharp selloff in the bond market. Investors don’t know exactly when that bubble will burst, but most seem to agree that bond prices simply cannot go much higher. But what could a bear market in bonds actually look like and how do investors take advantage of it?

ETF Trends: – Muni ETFs fall on tax worries.  – Muni bond ETFs are in the red for 2013 on worries the asset class may lose its tax advantages.

Barron’s: – Junk ETF seeing record hedging activity. – The number of bearish options on an iShares exchange-traded fund of junk bonds has risen to a record after yields dropped to an all-time low and companies sold more of the debt than ever.

MarketWatch: – The shocking truth about bond forecasting. – Forget all the bond market forecasts you see today. They will only distract you from focusing on what is essential to making a smart investment decision — risk versus reward analysis.

MarketWatch: –  Retirement savers should ladder bonds. – No matter whether you’re sitting at the kitchen table with your spouse or in a board meeting at a big money management firm, it is unquestionably the question of day. With the stock market at all-time highs and interest rates rising (albeit slowly), is it time to sell your bonds?

WSJ: – Emerging Markets: Should you bond with Azerbaijan? – When you reach for yield, think about how far around the globe you should stretch. Lately, investors haven’t been able to get enough emerging-market bonds, issued by governments and companies in dozens of countries in Latin America, Europe, Asia and Africa. In the year ended Jan. 31, $28.7 billion poured into mutual funds and exchange-traded funds that specialize in emerging-market debt, on top of the $53 billion in assets they started with, according to Morningstar. That is the highest growth rate of any bond-fund category.